6 Penguins That You Will See On An Antarctic Cruise 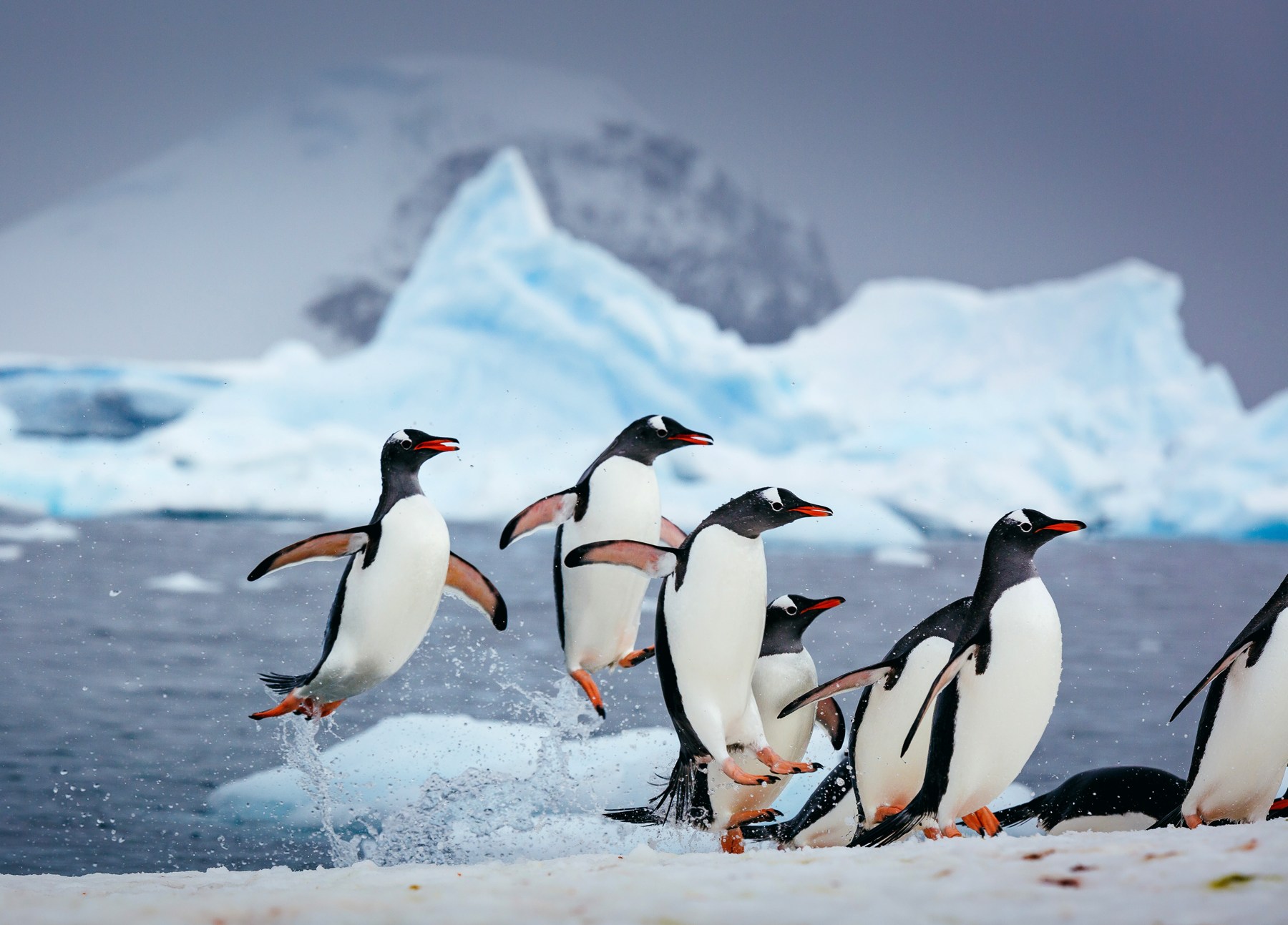 With the Antarctic cruise season almost upon us we will be producing a series of articles about the wildlife and landscapes of this incredible region.

Out of the seventeen species of penguin on earth, only two actually survive in the inhospitable conditions of the Antarctic. Most other species live either on the Antarctic Peninsula or the Southern Hemisphere islands like South Georgia. There are around seven species that you are likely to see on an Antarctic cruise.

Perhaps the most famous of the penguin species, the Emperor are the largest of the all penguins. They also breed the further south, forming huge colonies on the sea ice that surrounds the continent. For a species which breeds in the harshest conditions they also have the highest survival rate standing at 95% and can live up to 20 years. Interestingly, some never actually set foot on the continent, preferring to live and breed on the frozen sea.

The Chinstrap Penguin is found in the South Georgia Islands, the Antarctic Peninsula, South Shetland, South Orkneys and more. Their name comes from the black line below their heads which make them appear to be wearing a black helmet. They are common with an estimated eight million pairs, found in colonies of over 100,000 at a time. Chinstrap penguins return to the same nesting site each year to mate with the same partner.

The Adélie penguin is the only penguin species along with the Emperor penguin which lives on the Antarctic with rookeries found all along the Antarctic coastline. They are named after Adélie Pepin, the wife of Jules Dumont d’Urville, the French explorer who discovered the penguins in 1840. They are some of the smallest penguins and can dive up to one hundred and seventy metres to catch their food.

The Gentoo penguin is closely related to the Adélie and the chinstrap. They can be distingused from the other species by the wide stripe across the top of their heads and their bright orange bill. They also have the most prominent of tails of all the penguin species. As the penguin moves on land it sticks this tail out moving it from side-to-side which gave it its scientific name – Pygoscelis meaning rump-tailed. They don’t form the same size colonies as other species tending to stick together in smaller groups.

The King penguin is the second largest species after the Emperor which it is closely related. They can often reach a metre tall and weigh up to 16 kgs. They are mostly found on the Subantarctic island of South Georgia and do not live on the continent itself. The King penguins are excellent divers often reaching one hundred metres, although records show depths of over three hundred.

The name of the Macaroni are found are mostly found on the Subantarctic islands, although one colony is found on the Antarctic Peninsula. Expects estimate there are around eighteen million individuals making it one of the largest species, although sadly there numbers are shrinking. They are a small, around 70 cms in length and have a distinct feature is the yellow crest that extends back from the centre of their forehead. Interesting the Macaroni penguin always lays two eggs, one slightly smaller than the other. However, the small egg almost never produces a chick, only hatching if the larger of the two is lost.

To see all of these penguin species and the amazing world that they inhabit, why not visit them on an Antarctic cruise. To view all 2015/16 cruises along with prices visit out Antarctic cruise list.