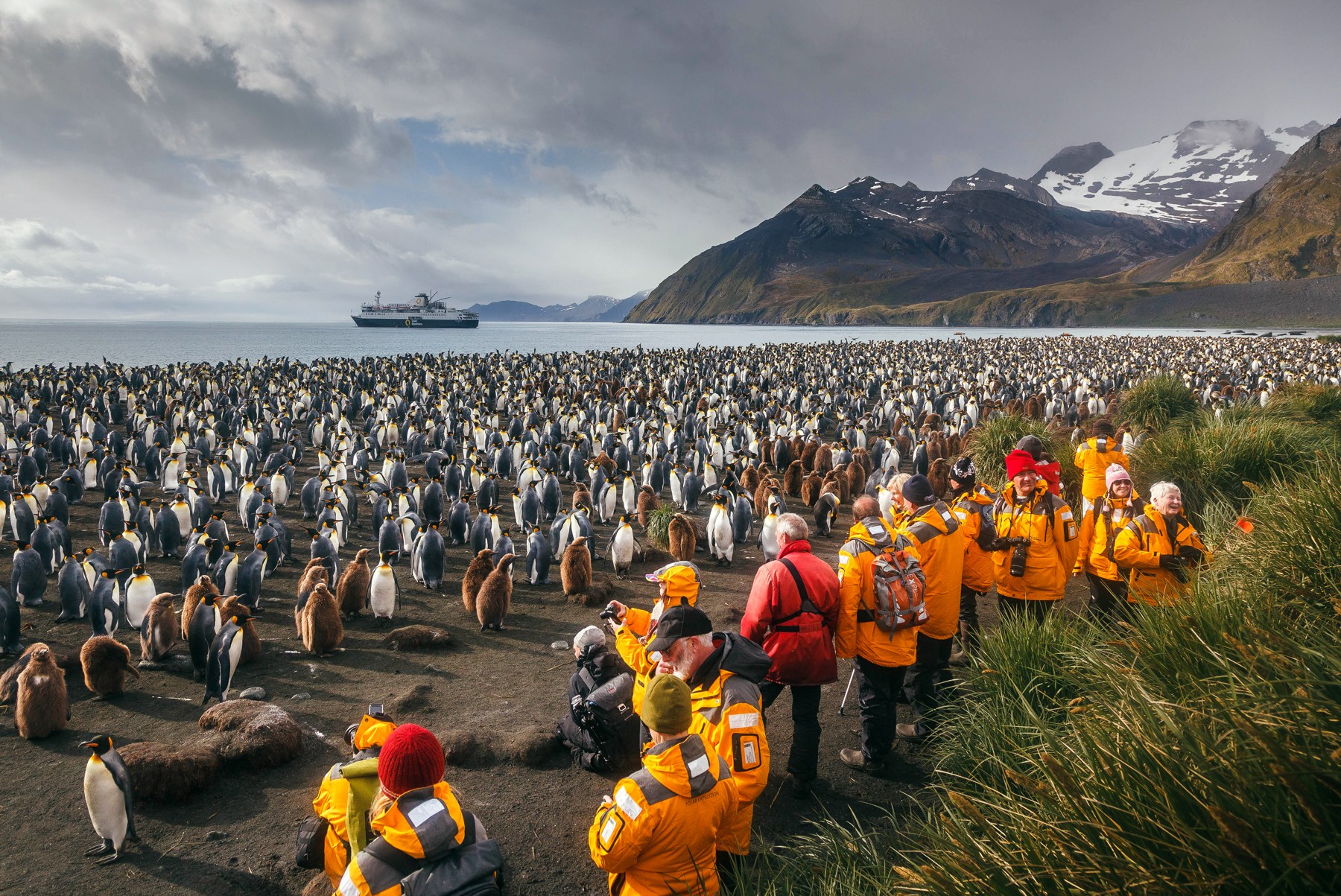 This is a Group Tour

A 19 or 20-day sub-Antarctic voyage visiting all the highlights including at least 6 species of penguin. Visit the Falkland Islands, South Georgia and the Antarctic Peninsula.

international flights, travel insurance, items of a personal nature, services on the mainland

Arrive in Ushuaia and board the boat. In the afternoon set sail along the scenic waterways of the Beagle Channel.

Today will be spent at sea crossing over to the Falkland Islands. Spend the day relaxing or on deck observing sea birds including albatrosses, storm petrels, shearwaters and diving petrels.

Arrive in the Falkland Islands. Spend the whole day exploring the western side of the archipelago. On Carcass Island you will see Magellanic and Gentoo penguins. On Saunders Island you will see the majestic brown-browed albatross, breeding pairs of Imperial shags, rock-hopper penguins, king penguins, and much more.

After breakfast disembark at Port Stanley, the capital of the Falkland Islands. Here you can experience Falkland culture with a distinctly British feel. Outside of town you will see a number of stranded clippers abandoned over a century ago. There is also an interesting museum that covers the early settlement days.

The next two days will be spend at sea crossing the Antarctic Convergence during navigation to South Georgia. You will notice the temperature drop considerable. There is a programme of lectures and presentations to help you learn more and plenty of wildlife can be spotted from deck.

Arrive in South Georgia, one of the most interesting areas in the Antarctic for both wildlife and the human history. Learn about the inhabitants who arrived here many years ago to hunt for whale, fur and elephant seals. Visit the whaling stations and visit the grave of the great explorer, Sir Ernest Shackleton.

After the history you will focus on wildlife. South Georgia is sometimes called the ‘Galapagos of the Poles’ due to its high numbers and variation of wildlife. An exact itinerary will depend on weather conditions but a typical day could include a visit to a beach filled with a hundred thousand pairs of king penguins, have a close encounter with a fur seal colony or take a hike in search of the many sea birds.  You have a chance to visit the following sites:

Prion Island – This location is closed during the early part of the wandering albatross breeding season (November 20 – January 7). From January on, the breeding adults have found their partners and are sitting on eggs or nursing their chicks. Enjoy witnessing the gentle nature of these animals, which possess the largest wingspan of any bird in the world.

Fortuna Bay – A beautiful outwash plain from Fortuna Glacier is home to a large number of king penguins and seals. Here you may also have the chance to follow the final leg of Shackleton’s route to the abandoned whaling village of Stromness. This path cuts across the mountain pass beyond Shackleton’s Waterfall, and as the terrain is partly swampy, be prepared to cross a few small streams.

Salisbury Plain, St. Andrews Bay, Gold Harbour – These sites not only house the three largest king penguin colonies in South Georgia, they’re also three of the world’s largest breeding beaches for Antarctic fur seals. Literally millions breed on South Georgia during December and January. Only during the mid-season do they peak in their breeding cycle. There will be some young adult Elephant seals as well as this seasons ‘Weaner’s; the young Elephant Seals that have been left to fend for themselves. Watch your step and stay cool when walking the beaches during this time.

Grytviken – In this abandoned whaling station, king penguins walk the streets and elephant seals lie around like they own the place – because they basically do. Here you might be able to see the South Georgia Museum as well as Shackleton’s grave.

Another day at sea crossing to the South Orkney Islands. During this crossing you are likely to see your first sighting of sea-ice from which there will be high-Antarctic species like the McCormick Skua and the snow petrel.

Depending on the conditions, you might visit Orcadas Base, an Argentine scientific station on Laurie Island in the South Orkney archipelago. The personnel here will happily show you their facility, where you can enjoy expansive views of the surrounding glaciers. If a visit isn’t possible, you may instead land in Coronation Island’s Shingle Cove.

The next few days will be spent exploring the Antarctic Peninsula. If weather permits you will navigate into the Weddell Sea and through the spectacular ice-clogged Antarctic Sound. Witness huge tabular icebergs as you arrive. Each day there will be daily landings to explore the geology and wildlife of the region. You will take zodiac excursions from the ship to explore the bays, channels and make landings. As this is a wildlife focused expedition you will visit areas that have penguin rookeries, scout for humpback and Minke whales and look for seals including the cunning leopard seal. If conditions aren’t favourable to enter the Weddell Sea from the east, the ship will set course for Elephant Island and head into the Bransfield Strait, between the South Shetland Islands and the Antarctic Peninsula. Here you can attempt to access the Antarctic Sound from the northwest.

The breathtaking scenery continues in the Bransfield Straight and, if conditions allow further South in the Gerlache Strait. Conditions on the Drake Passage determine the exact time of departure.

Leave the Antarctic behind and cross back over the Drake Passage. Spend time with your fellow guests sharing stories of the things you’ve seen. Go back on deck to watch for wildlife and attend lectures and presentations given by Polar experts.

Prices in Euros and are per person. Prices in other currencies on request.

“What an astonishing trip!! Words fail to describe Antarctica adequately. I can highly recommend SLA"

"The whole trip was very well organised and a great success"

"Life is art: paint your dreams. This trip has been our picasso, rembrandt, monet.....In fact our masterpiece. Thanks to david and team for setting the canvas to make our dream come true " 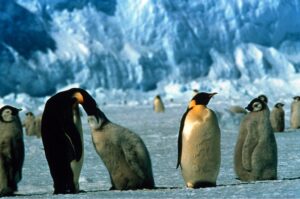 Discover the areas of the Antarctic from the Weddell Sea to the Drake Passage. 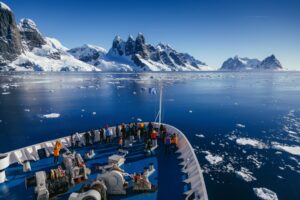