Wildlife Hotspots In The Antarctic 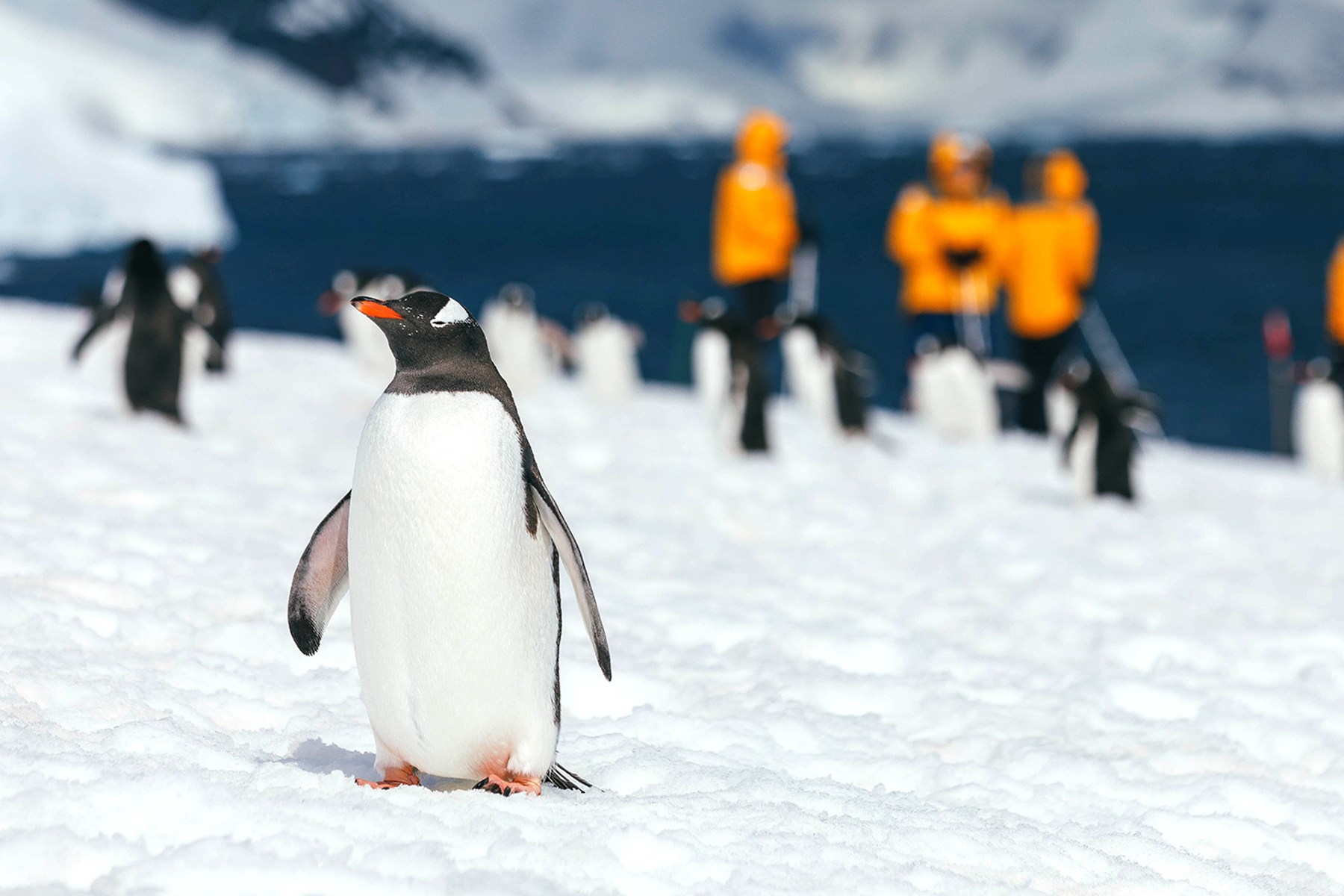 The rough seas of the Drake Passage that connect the Pacific and Atlantic Oceans is most people’s first experience with the harsh climates of the Antarctic region. Although some decide to fly down to the Antarctic, skipping the Drake Passage, those who take the two day voyage are treated to an array of sea birds including giant storm petrels, black browed albatross and sometimes even roaming albatross. Sightings of whales and dolphins are common.

Suggested cruise: Classic Antarctica on board the Ocean Nova

For true exploration of the Antarctic an ice-breaking voyage through the Weddell Sea is a must. This pristine wilderness is often clogged with pack-ice so a stronger ice-class vessel is required. This is one of the best places to view whales including killer whales, humpback whales and minke whales. Leopard seals, weddell seals and crabeater seals can often be seen basking on the pack-ice or fishing. Adelie penguins have adapted for the harsh conditions and a colony of a hundred thousand can be seen on Paulet Island. Not long ago an emperor penguin colony was found on Snowhill Island.

Suggested cruise: Weddell Sea Quest on board the M/V Ushuaia

Disputed archipelago located 400 kms from the Tierra del Fuego in southern Argentina and a wildlife enthusiasts perfect location. There are plenty of bird species including King penguins, Gentoo penguin, rockhopper penguin, macaroni penguin, Magellanic penguin, grebes, herons, ducks, hawks and more. In the waters around the archipelago elephant seals, fur seals, sealions and plenty of species of whale and dolphin can be spotted.

Suggested cruise: Crossing the Circle via Falklands on board the Sea Adventurer

This remote mountainous island located between the southern tip of Argentina and the Antarctic Penisula is packed full of glaciers and fjords. Wildlife highlights include albatrosses, skuas, gulls, ducks, teals, petrels, shearwaters, chinstrap penguins and Gentoo penguins. The stars of the show are the 400,000 pairs of king penguins and the two million pairs of macaroni penguins. The island has a fascinating history of whalers and Shackleton’s Endurance expedition.

Suggested cruise: South Georgia In Depth on board the Akademik Sergey

This archipelago of four rugged islands located around 800 miles north of the Antarctic Peninsula is mainly used as a research base for the British and Argentines. The climate here is particularly harsh with strong winds, rain and snow falls almost every day of the year. Coronation Island is an excellent place to observe the elusive pure white snow petrel which uses the island for breeding. Bird species include skues, cormorants, sheathbills and terns as well as Adelie, chinstrap and Gentoo penguins. Colonies of fur seals are found on some of the islands’ beaches.

Suggested cruise: Falklands, South Georgia and Antarctic Peninsula on board the M/V Ortelius

The South Sandwich Islands located 500 miles from South Georgia is a series of 11 volcanic islands, some of which are still active. The archipelago of islands extends for almost 250 miles and are connected to Tierra del Fuego by the Scotia Ridge, a sub-oceanic ridge. Although there used to be an Argentine research base here, it is now uninhabited. Few cruises visit the islands, but those who do find an impressive collection of wildlife including southern giant petrels, elephant seals, fur seals and Gentoo penguins. The highlight is the million or so pairs of chinstrap penguins.

The South Shetlands Islands are relatively close to the Antarctic Peninsula, around 80 miles north. This is a common stopping point for reaching the white continent. This series of islands are almost completely covered with ice throughout the year. Its rich in wildlife including plenty of bird life, seals, whales and penguins. Elephant Island is the infamous place where Shackleton’s Endurance expedition got stranded in 1915 in heavy pack-ice. Many visit Deception Island where is it possible to swim in Pendulum Cove which is heated by volcanic activity.

Suggested cruise: Antarctic Circle Voyage on board the Akamedik Ioffe

For most, the goal is to step onto the 7th continent which is easiest done on the Antarctic Peninsula. However, due to the harsher climate the wildlife spotting opportunities are not as varied as the sub-polar islands north of the peninsula. You will find seals, sea birds and some whales. For those who have more time (and a higher budget), the highlight will surely be walking near to a vast emperor penguin colony which can only be reached by helicopter.

We have a huge selection of Antarctic cruises on offer. For more details or to book your place for the upcoming 2015-2016 season get in touch.