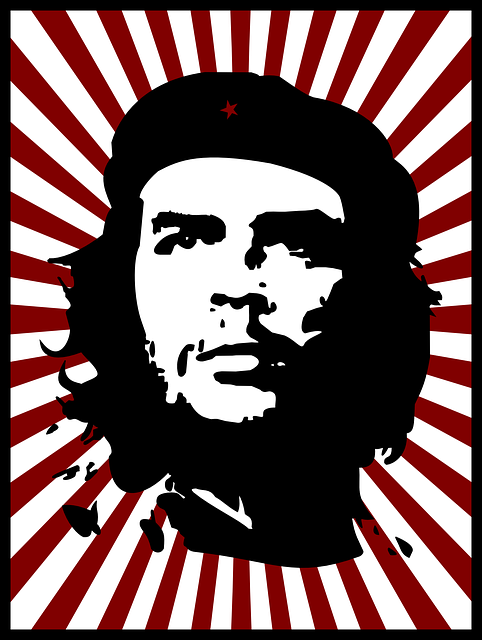 1. Che Guevara’s real name is in fact Ernest Lynch.
2. He was the descendant of a half Irish family.
3. His 1964 speech at the United Nations in New York was about racial discrimination in the United States.
4. He had five children, one from his first wife and four with his second wife
5. He is Argentinian, not Cuban as many believe.
6. He enjoyed chess throughout his life including childhood when he entered into a tournament.
7. His nickname at school was ‘Chancho’ which means pig, a name given to him due to his scruffy nature and reluctance to wash.
8. He completed his medical studies and became a doctor in 1953 with a particular interest in leprosy.
9. After his execution his hands were surgically removed by a doctor and sent to Buenos Aires for fingerprint identification.
10. In the city Rosario, his birth place, there is a twelve feet bronze statue of him created using 75,000 keys donated by Che supporters from around the world.
11. He went fishing in Cuba with Fidel Castro and Ernest Hemmingway.
12. Although his last words are hard to verify, before his execution he supposedly says “I know you are here to kill me. Shoot, coward, you are only going to kill a man.”
13. Other then Cuba, he also fought in revolutions in Bolivia and Congo.
14. Che was a well travelled man having visited Egypt, Morocco, Burma, Thailand, Sudan, Sri Lanka, Pakistan, India, Indonesia, Japan, Hong Kong, China, Greece, Yoguslavia, Czechoslovakia, Soviet Union, North Korea, East Germany, Hungary, France, Tanzania,  Algeria, Ghana, Mali, Dahomey, Guinea, Congo and throughout the Americas.
15. He noted the power that the United Fruit Company had in Central America.
16. After the revolution in Cuba, Fidel named Che the Finance Minister.
17. Before 1959, Cuba had a literacy rate of around 60 percent. When Che took over he sent out workers to build schools and train teachers, by the end of which the literacy rate had increased to 96 percent.
18. After strained relations between him and the U.S.S.R due to the resolution of the Missile Crisis and Castro’s continued support of the Soviets, Che resigned from all government positions and renounced his Cuban citizenship.
19. The Maryland Institute of Art named the photo of Che from 1960 used on so many millions of t-shirts around the world as the most famous photo of all time.
20. Before the great motorbike journey, in 1950 he made his first voyage to the northern provinces of Argentina on a bicycle.
RELATED: 23 quotes that show why Eva Perón was adored by the masses
Share this page: