Eva Perón was the first lady of Argentina between 1946 and 1952. Also named Evita, she played an important role in her husband, President Juan Perón’s administration. Eva’s policies and influence in helping the working class and championing women’s suffrage had a lasting impact on the country and led her to become adored by the masses.

Sadly, Eva died after being diagnosed with advanced cervical cancer at the young age of 32. After her death radio broadcasts announced “The Press Secretary’s Office of the Presidency of the Nation fulfills its very sad duty to inform the people of the Republic that at 20:25 hours Mrs. Eva Perón, Spiritual Leader of the Nation, died.” This led to many days of intense mourning where the streets of Buenos Aires filled with people who wanted to take one last glimpse at Evita.

Here are 22 quotes that show Eva’s dedication to the poor and why she became so loved by most Argentines. 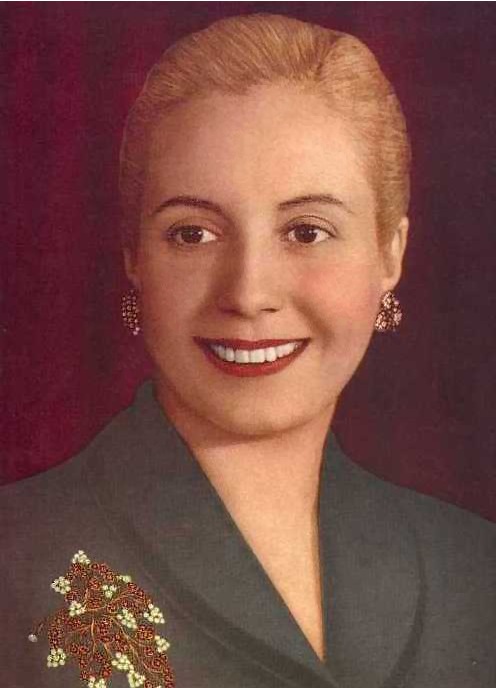 1.
“I demanded more rights for women because I know what women had to put up with.”

2.
“I am only a simple woman who lives to serve Peron and my people.”

3.
“I am only a sparrow amongst a great flock of sparrows.”

4.
“Answer violence with violence. If one of us falls today, five of them must fall tomorrow.”

5.
“I know that, like every woman of the people, I have more strength than I appear to have.”

7.
“The nation’s government has just handed me the bill that grants us our civil rights. I am receiving it before you, certain that I am accepting this on behalf of all Argentinean women, and I can feel my hands tremble with joy as they grasp the laurel proclaiming victory.”

8.
“To convince oneself that one has the right to live decently takes time.”

9.
“If I have to apply five turns to the screw each day for the happiness of Argentina, I will do it.”

10.
“One cannot accomplish anything without fanatacism.”

11.
“Suffer little children and come unto me.”

15.
“When the rich think about the poor, they have poor ideas.”

16.
“Shadows cannot see themselves in the mirror of the sun.”

17.
“Charity separates the rich from the poor; aid raises the needy and sets him on the same level with the rich.”

18.
“Keeping books on social aid is capitalistic nonsense. I just use the money for the poor. I can’t stop to count it.”

21.
“I had watched for many years and seen how a few rich families held much of Argentina’s wealth and power in their hands. So Peron and the government brought in an eight hour working day, sickness pay and fair wages to give poor workers a fair go.”

23.
“Keeping books on social aid is capitalistic nonsense. I just use the money for the poor. I can’t stop to count it.”

To start planning your tour of Argentina, get in touch with us today.