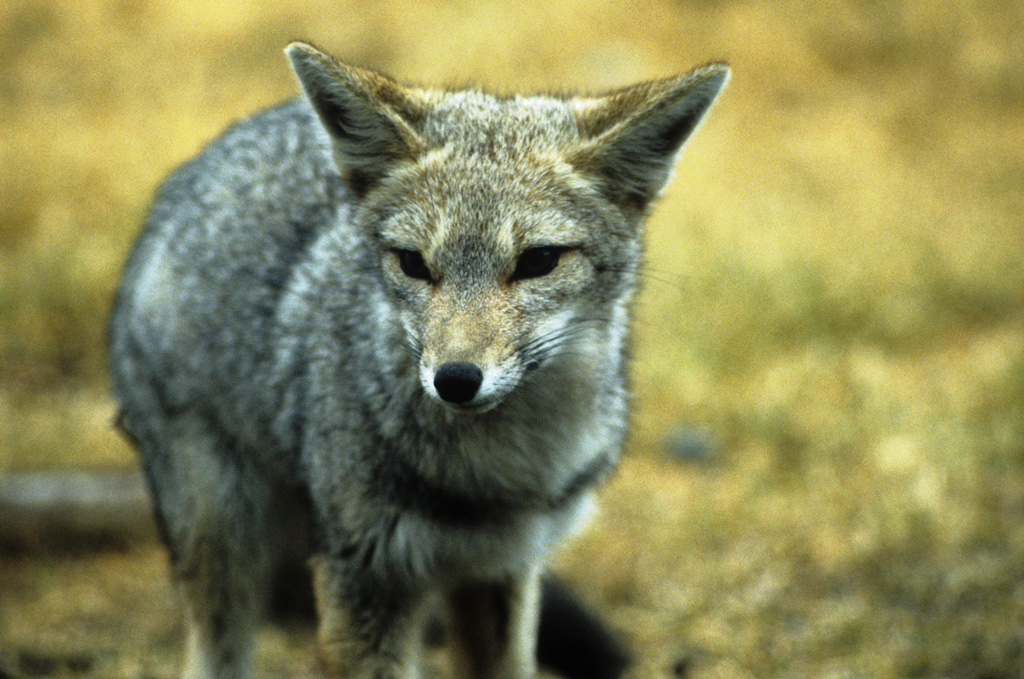 Whilst trekking in the renowned Torres del Paine national park in Chile I had a close encounter with the South American gray fox (Lycalopex griseus), which is as curious as our own feral foxes, sniffing around campsites for any left-overs. This species is also known as the Patagonian fox, the chilla, or the grey zorro, is a species of zorro, the “false” foxes. They are found in the Southern Cone of South America, particularly in Argentina and Chile, on both sides of the Andes as far south as Tierra del Fuego. In Argentina they are found South from the Río Grande river. In Chile, they can be found throughout the country. The South American gray fox was introduced to the Falkland Islands in the late 1920s early 1930s and is still present in quite large numbers on Beaver and Weddell Islands plus several smaller islands. They can be found in a variety of habitats, from the warm, arid scrublands to the cold, arid Patagonian steppe. They survive on a diet of rodents, birds, and rabbits. They breed in late austral autumn, around March. After a gestation period of 2 months, 2-4 kids are born in a den. There is much research still to be done on this creature.

RELATED: 22 species of wildlife you will see in the Pantanal