Who Was W.H. Hudson? 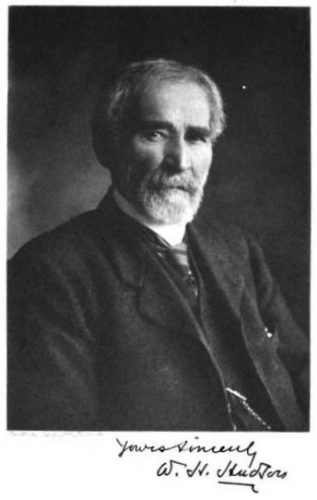 William Henry Hudson was a gifted writer born on the Argentine Pampas in 1841 and grew up surrounded by nature. He was a self-taught naturalist and great observer of wildlife and particularly birds; (he was one of the first to campaign for their protection). I first came across him as the author of ‘Far Away and Long Ago’ a wonderful book about his mid 19th century youth on the plains, written from memory in later life. It told of a precarious life on a ranch in a frontier land guarded by armed garrisons in mud forts, with hostile indigenous people still roaming and a blood-thirsty civil war. He helped his father run the estancia and a trading store where he got to hear the stories of the Gauchos.  He had his own pony at six years old. This idyllic life was brought to an end by a tyrannical tutor followed by a placid but rather ineffective priest, and then his final tutor was a drunkard. He more or less taught himself after that. The young Hudson nearly died or typhus and later a fever weakened his heart and doctors said he would not live long. His mother died whilst he was still a teenager and he was employed to run a friend’s sheep farm. He made additional income collecting specimens of wildlife for American museums although he later hated collectors, unless it was for scientific reasons, and the destruction wrought by hunters.

He moved to England in his thirties. He lived an impoverished life in London but began to write scientific essays and reminiscences of Argentina and magazine articles and novels, Green Mansions being the best known. His first novel, The Purple Land, is said to have influenced Hemingway. He married his landlady. He was reticent about his private life and destroyed many of his personal papers. Much of what we know came from his letters and his writings, some of which are considered classic works of literature his work can be appreciated by anyone and was never sentimental. He achieved some fame from his later works about the English countryside such as A Shepherds’ Life. Although he suffered from ill health he lived to be 81.

RELATED: These 21 quotes prove that Chilean poet Pablo Neruda was a hopeless romantic