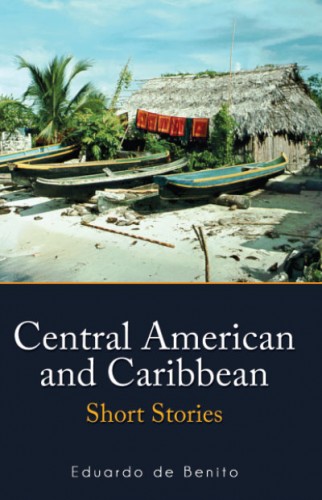 If you want some entertaining holiday reading I suggest ‘Central American and Caribbean Short Stories’ by Eduardo de Benito. This collection has recently been published by Pegasus. I had the pleasure of meeting the author at the launch in London’s Belgravia. Eduardo worked for many years in London as a broadcaster and writer for the BBC World Service and as correspondent of Spanish political weeklies. He certainly has had an interesting life in both the tropics and Europe. Now a bearded, bespectacled, grey-haired writer he was the son of Spanish exiles from Franco’s fascist regime in Spain, then brought up in Bogota, Mexico City, and Paris. He now based in North Norfolk where he is a keen sailor and walker. From his stories one can gather that he has had some hair-raising experiences and he admits the boundary between fiction and fact is far from clear.

Each of the five stories takes unexpected twists from the traumatic shock experienced by a young Scottish woman while she stays with the peaceful Kuna Indians on the archipelago of San Blas to the unplanned adventures of a French petit-bourgeois couple in Venezuela, Tobago, and Belize. These are sometimes based on real people; sometimes they are simply the product of the author’s imagination. All the stories have political undertones and touch on attitudes to class and race ‘The Table’ is about a well-to-do couple forced to flee from Europe in 1939, but share a boat with working-class compatriots and things get tricky when the drunken captain strands the boat in the middle of the jungle. Eduardo has a mischievous sense of humour too. ‘Of Urban Three-toed Sloths’ sees two bungling friends who are allegedly going to Costa Rica to do bird-watching, but end up embroiled in espionage among the swamps along the Nicaraguan border. The stories have a dark side none more so than ‘To be dead or alive is the same here’ which begins and ends in torture of a hapless journalist under Nicaragua’s Somoza dictatorship. ‘Don’t mention Coral reefs’ features the aforementioned French couple whose marriage undergoes a renaissance after bribing cops in Venezuela, the wife having an affair with a tour guide in Tobago, and the husband visiting a brothel in Belize. The book is an ideal summer read. Copies can be purchased direct from the publisher.

RELATED: Must-do things in Guatemala on your first trip