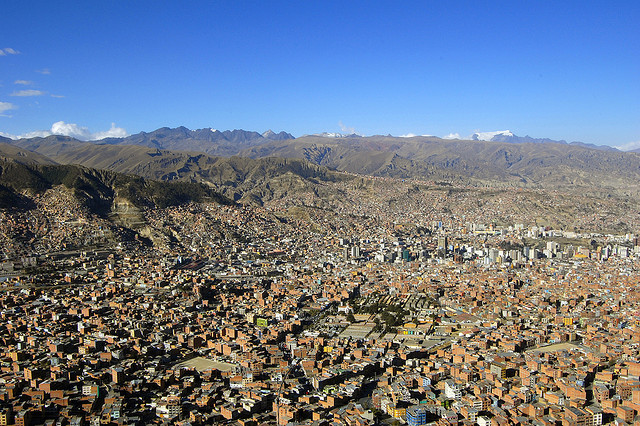 The important Andes Mountain Range is the spine of South America spanning the western side of the continent from Colombia to Chile. Most of Latin America’s high cities are dotted along this range – some you have most probably heard of, like the Inca empires capital, and some you may not of, like Potosi, the old mining town in Bolivia.


Perhaps the most well-known city in Latin America, Cuzco was once the capital of the Inca Empire. It sits at 3,399m, so it won’t be just the architecture that will take your breath away. Cuzco is often used as the base from which to visit Machu Picchu and taking high-altitude treks. Take at least two days in the city to acclimatize before doing any strenuous activities.


San Francisco de Quito is the capital of Ecuador and officially the highest capital in the world, located at 2,850m above sea level in the heart of the Andes. In recent years Quito has had a resurgence of interest, many tourists visiting to wander the UNESCO World Heritage historic centre. Although this is the arriving point for most visiting Ecuador, if you are prone to altitude sickness, consider flying into the port city Guayaquil first and ending your trip in Quito.

Potosi is one of the highest cities in the world, teetering at just over 4,000m above sea level. It was once one of the richest cities in the Americas in the 16th and 17th century when silver was discovered nearby. Relentless mining for hundreds of years as decimated silver reserves leaving very little. If you visit the city, be sure to visit the mine where you can learn about the dangerous conditions the miners face, even to this day.


La Paz is only the administrative capital, so unfortunately can’t be considered for the highest capital in the world. It’s a shame, because at more than 3,500m it is considerably higher than Quito. Located in a valley, La Paz is a high density city with buildings tumbling down the side of the valley walls. Looming over the city is the gigantic Mount Illimani. Interestingly La Paz was named as one of the New 7 Wonders Cities by the New 7 Wonders Foundation in 2014.


Although Colombia’s capital Bogota is located at a lower altitude than most on the list, it still 2,640m above sea level and the second highest capital in South America. This vibrant modern capital has shaken off its reputation as a dangerous place to visit and has flourished in recent years. The city is the cultural centre of the country and enjoys a spring like climate all year round.


Salta is located at the lowest altitude on this list at 1,187m, but it still features in the top 30 highest cities on the continent. The city surrounded by the arid deserts of northern Argentina in the Lerma Valley in the foothills of the Andes. There is plenty of excellent sites within the city, but the real highlights are colourful nearby parks including the Quebrada de Humahuaca and the Train to the Clouds (which has recently closed but may open again in the future).


Most visitors come to Puno to visit Lake Titicaca, not the city itself. It’s high, sitting at an altitude of 3,800m above sea level. Make sure you have plenty of time to acclimatize. The nearby Lake Titicaca is the highest navigable lake in the world and includes the Uros reed islands and Taquile Island.

To start planning your tour to the high cities of Latin America get in touch today.