Many countries around the world love to erect religious monuments, but in Latin America they are particularly impressive. While most will have heard of Rio de Janeiro’s Christ the Redeemer that towers over the city from Corcovado, there are plenty more throughout the continent. 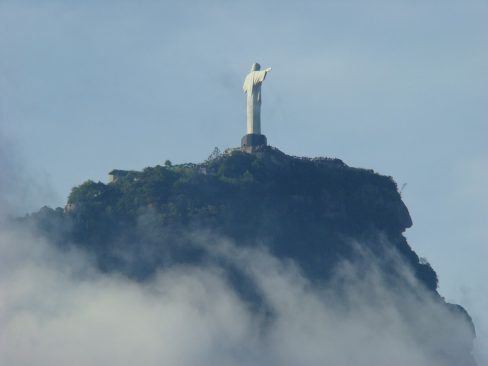 This is arguably one of the world’s most iconic statues. Christ the Redeemer was created by French sculptor Paul Landowski in collaboration with Brazilian engineer Heitor da Silva Costa. It may not be the largest statue at 30 metres high, but it’s fantastic location on top of the 700-metre-high Corcovado Mountain mean that can be seen from almost anywhere in the city. Weighing 635 metric tons, it was built from reinforced concrete and soapstone between 1922 and 1931.

Smaller than Chris the Redeemer, but no less important. Perched on San Cristóbal Hill in Chile’s capital Santiago, this 22-metre-high statue of the Blessed Virgin Mary sits alongside a chapel and an amphitheatre, all dedicated to the Immaculate Conception. It weighs 36 tons and stretches up 14 metres (or over 22 metres if you include the pedestal).


This Mexican statue of Jesus on Cerro del Cubilete in Guanajuato is one of the country’s most important. Created by artists Nicholas Mariscal in 1944 and stands at 23-metres-high from its base.


Another statue built to celebrate the mother of Jesus, the Virgin Mary statue in Ecuador’s capital Quito is perched on El Panecillo, a 200-metre-high mountain in the centre of the city. In 1976 the 45-metre tall statue was commissioned and built. Seven thousand pieces of aluminium were used in its construction and it’s possible to go inside the hollow structure.

Most will have heard of the mysterious Moai stone statues that inhabit all corners of Chile’s Easter Island. The largest is called ‘El Gigante’ which is almost 22-metres-tall and weighs over 200 tons. The statue was never quite finished and it is unclear whether it was ever intended to be or they realised that they would never be able to move it if completed.

Christ of the Pacific, Lima

Christ of the Pacific was built in 2011 making it the newest on the list. At 37-metres high it is also one of the largest. It was given to Lima (Peru’s capital) as a gift from a group of Brazilian companies under President Alan Garcia. Its installation has caused some controversy due to its similar to the Brazil’s own Christ the Redeemer as well as being seen as a government endorsement of Christianity.


When this was completed in 1994, the was the largest statues of Jesus Christ in the world. It has since been surpassed, but at over 40 metres it’s taller than Rio de Janeiro’s Christ the Redeemer. The statue sits on a 265-metre-high mountain overlooking the Bolivian city of Cochabamba.