9 amazing places to visit in Bolivia 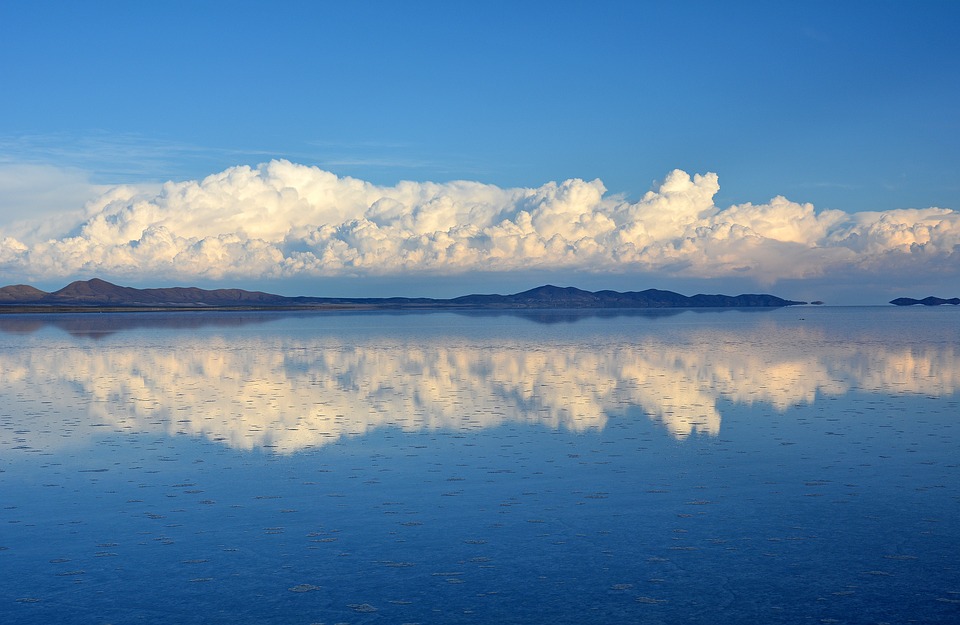 Bolivia remains one of the most isolated and misunderstood countries in Latin America. Completely landlocked and characterized by the towering Andes Mountains and the Amazon rainforest, Bolivia’s landscape is as diverse as its people. From islands that dot Lake Titicaca, the highest navigable lake in the world, to the vast expanse of white salt -flats, Bolivia offers a wealth of unique natural wonders and experiences that would surely satisfy most travellers.

Explore Madidi, one of the most biodiverse places on earth

Madidi National Park won’t disappoint nature lovers. Spanning thousands of square miles of mountain and rainforest, the park is home to more than 11% of the world’s entire bird species. As you wander through the park, you’ll be treated to the sight of monkeys, giant otters playfully swimming down the rivers and if you are lucky, you may even spot an elusive jaguar. You won’t regret adding this one to your Bolivian itinerary.

Wander past the Jesuit Missions of Chiquitos

There are six 18th century Jesuit Mission towns dotting the area, and while their counterparts in other countries have been left to fall into disrepair, in Bolivia they area rather well preserved. The biggest and most interesting is the town of San Jose de Chiquitos which boasts some spectacular colonial architecture. Before you visit, watch the Robert de Nero film, “The Mission” to learn about their historical importance.

Bicycle down the Yungas Road

Often cited as the world’s most dangerous road, the Yungas Road (more commonly referred to as Death Road) winds its way down 15,000 feet to the town of Coroico. Riding down this steep gravel road flanked by a cliff on one side and a sheer vertical drop off the other will certainly get your heart-pumping. Just be careful of the lorries which steam around the bends on their way up to the city.

Go down the Cerro Rico mines in Potosi

Literally translating to “Rich Mountain”, Cerro Rico once brought much wealth into the small city of Potosi. Controlled by the greedy Spanish Conquistadors, they plundered all the silver from the mountain leaving only tin which is still mined in much the same way today. Be sure to take a tour of the mine so you can see the conditions of the workers. The nearby Casa Nacional de Moneda is also fascinating and worth an afternoon of exploration.

Carnival is an important festival all over Latin America, but there are some particularly good places to see the event in action. Oruro comes alive each year in February which thousands of dancers dressed up in colourful garb as well as accompanying musicians. It’s an amazing sight to see. 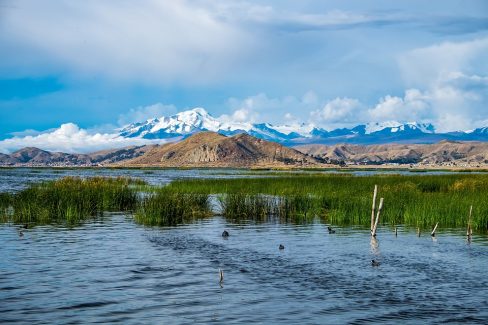 One of the highest navigable bodies of water in the world, Lake Titicaca straddles both Bolivia and Peru. It is considered to be the birth-place of the Inca and pre-Columbian cultures. The pretty shorefront town of Copacabana is well worth a little time to explore, as is Sun and Moon Island which have some fascinating historical attractions. 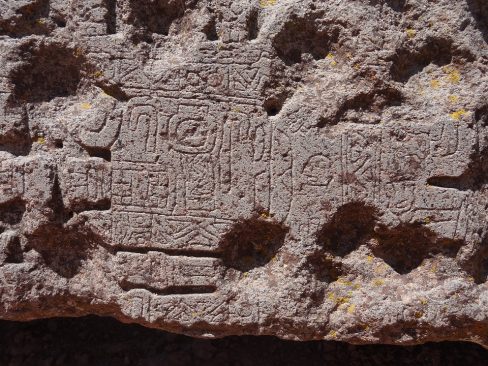 Tiwanaku lies south east of Lake Titicaca and represents one of the most important pre-Inca civilizations on the continent. The site thrived during the 8th century and it is estimated to have had between 15,000 – 30,000 inhabitants. While only a small part has been excavated, you can still see one of Bolivia’s greatest architectural achievements. It’s easily combined with a day or overnight trip to Lake Titicaca.

Drive across the vast salt flats of Uyuni 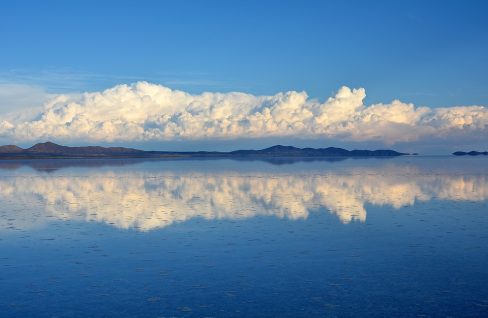 The Salar de Uyuni is one of the most amazing natural wonders in Latin America. This 4,000-square-mile salt flat was formed from a prehistoric lake. At its centre is an island teeming with giant cacti. The best way to explore the salt flats is by a guided 4×4 tour which takes you from one end to the other. When it rains, the reflection of the sky in the water-logged salt is simply spectacular. You can even stay in a hotel built entirely out of salt.

Explore the City of Four Names

Sucre, is a 500-year-old Spanish former colonial town also known as La Plata, Chuquisaca and Charcas. Just a wander around the city will bring its history to life. Here, you can see Bolivia’s National Library, La Casa de la Libertad and many other relics from its rich historical past. It is also the constitutional capital of the country.