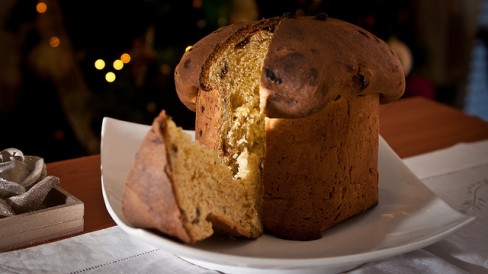 Christmas in Argentina has is heavily influenced by Europe and North America although there are a number of differences. Argentines lay more emphasis on Christmas Eve, attending mass before returning home to celebrate and eat dinner together. As the festival falls in their summer, dinner is often eaten al fresco with a particular focus on barbeques. Panettone, traditional Italian sweet bread filled with crystallized fruits is also particularly popular.  Christmas spirit and celebrations are held all the way through to the 6th January, called Three Kings Days. On the 5th evening children leave shoes outside the front door which are filled with gifts to be opened the next morning.

With over 90% of the population Roman Catholic it’s no wonder that Christmas is such an important time in Bolivia. Like Argentina, Bolivians tend to visit mass before returning home for celebrations which often last until the wee hours of Christmas day. Traditionally picana, a stew made from roasted pork, lamb and veal, is eaten and hot chocolate and pastries are served in the morning.  The nativity scene plays an important role at Christmas with almost every home using one as the centrepiece decoration. 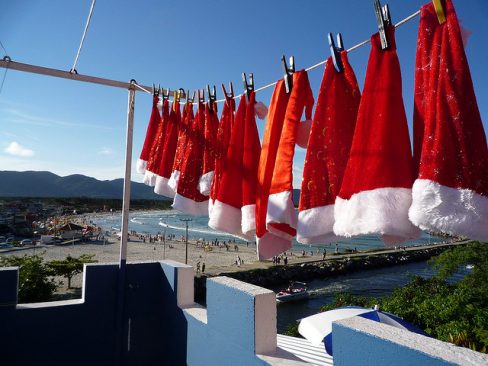 Like most South American counties, many Brazilians visit midnight mass. It is often referred to as Missa do Galo (rooster) due to the time they arrive back home. A huge dinner is served when returning that includes ham, turkey, vegetable and fruit, often washed down with glasses of fizz. Papai Noel (Father Christmas) brings gifts to children and fireworks are let off throughout the night. On Christmas Day many families have a lie-in or visit the beach (remember it is their summer) before going back to church in the afternoon. Interestingly the word for turkey in Brazil is ‘Peru’. 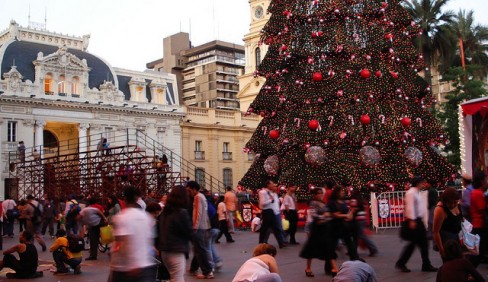 Chileans visit midnight mass less than other counties, although it still plays an important role in religious traditions. Most Chilean families stay awake and enjoy a late dinner on Christmas Eve before opening presents at midnight. Traditional meals include turkey and depending on the area, lamb, pork or beef, which is usually barbequed. Cola de Mono (monkey’s tail), a drink made from milk, coffee and aguardiente (fire water) is particularly popular. Christmas Day is a relaxed affair with more food, family and friends, often in the countryside or at the beach. 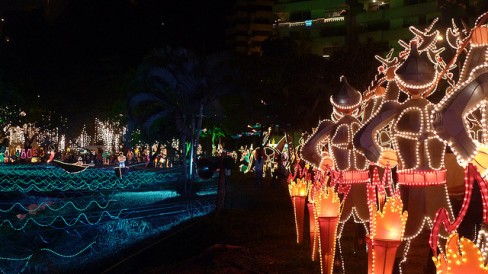 The official start of Christmas celebrations in Colombia is the Day of the Candles on the 7th December, although decorations are often put up well in advance. Throughout the country candles are places everywhere from street corners, driveways and balconies which illuminate the cities and towns. Christmas Eve is the most important day in the calendar with large gatherings of families and friends who stay up late for present opening and parties which often last until sunrise on Christmas Day.  Presents are given to children by the baby Jesus rather than Santa Claus.

Costa Ricans like to decorate their homes with tropical flowers during the Christmas season. The nativity scene is also an important element of the decorations. After midnight mass on Christmas Eve, Costa Ricans return to their homes for food, drink and celebrations. Traditionally tamales made from grounded corn, vegetables and meat wrapped in a plantain leaf are eaten. Eggnog, made from egg, milk, cinnamon, nutmeg, coconut and rum, is drunk. 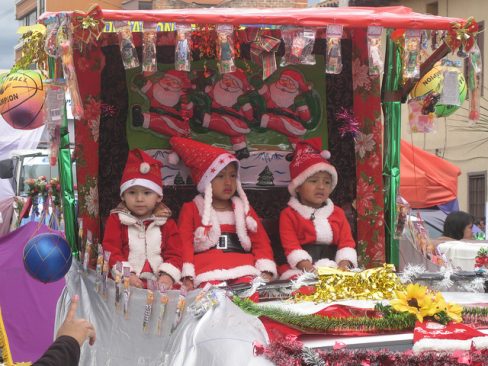 Although celebrations are held throughout December, the most important is the Pase del Niño Viajero (the travelling infant child) on Christmas Eve. This all day event with parades shows the journey of Joseph and Mary and other biblical characters, with local carols sung by neighbourhood parties. Homes are decorated with a crib; the figures surrounding the manger often are made of painted bread dough that are only made in the town of Calderon. A traditional meal is eaten after midnight, whilst Christmas Day is often spent quietly recovering from the festivities. For a country that produces sugarcane, sweets are abundant everywhere. 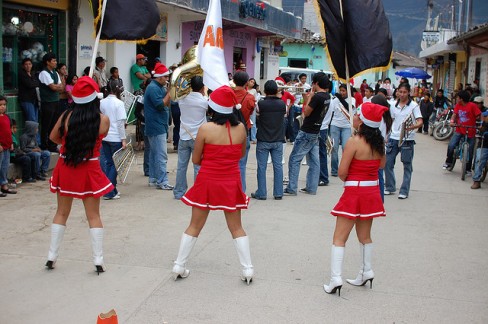 The mix of Catholicism brought by the Spanish and ancient Mayan culture make for some interesting Christmas traditions. For nine days before Christmas, religious processions with statues go through the streets of Guatemala. These often turn into festive street parties with punch, food, dancing and music. German immigrant influence brought the Christmas tree which is now very popular as decorations at home. Children open gifts on Christmas morning whilst adults don’t exchange gifts until New Year’s Day. During Christmas celebrations many people dress in a hat called a puritina. 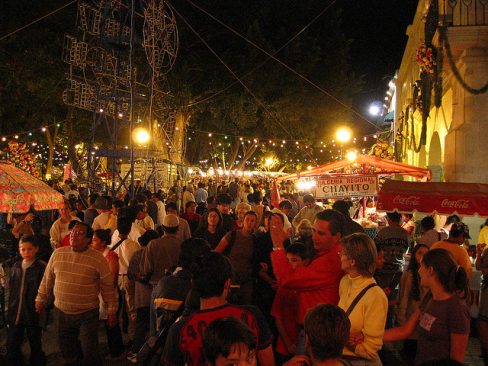 Like Guatemala, the festive season starts nine days before Christmas Day when Mexicans go from door to door to symbolise Mary and Joseph looking for shelter. Often they are invited inside to break a piñata, a bag filled with treats. Although presents are given to children on Christmas Day, they receive further gifts on the Feast of the Epiphany on the 6th January. The Three Wise Men will fill the children’s shoes with sweets, nuts and money to signify what baby Jesus was given in the bible. 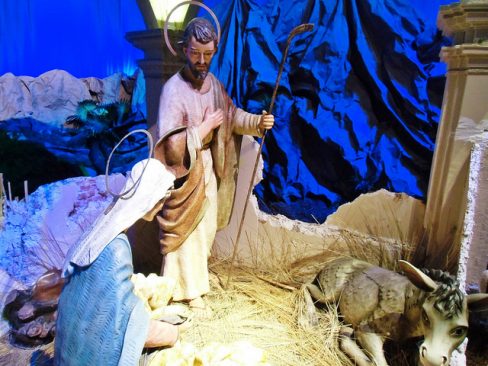 Like most other countries in Latin America, for Peruvians the most important day of the festive season is Christmas Eve, sometimes referred to as Noche Buena or Good Night. Mass is usually at the slightly earlier time around 10pm, after which families return home to a feast of turkey, tamales and fizzy wine. For desert Peruvians usually eat a Peruvian fruit cake called paneton. After the children have opened their presents and gone to bed, the adults usually have long parties that last through to the morning.

Latin America is an amazing place to visit all year around. Start planning your 2015 adventure today.