Adventure To The Cristalino Jungle Lodge 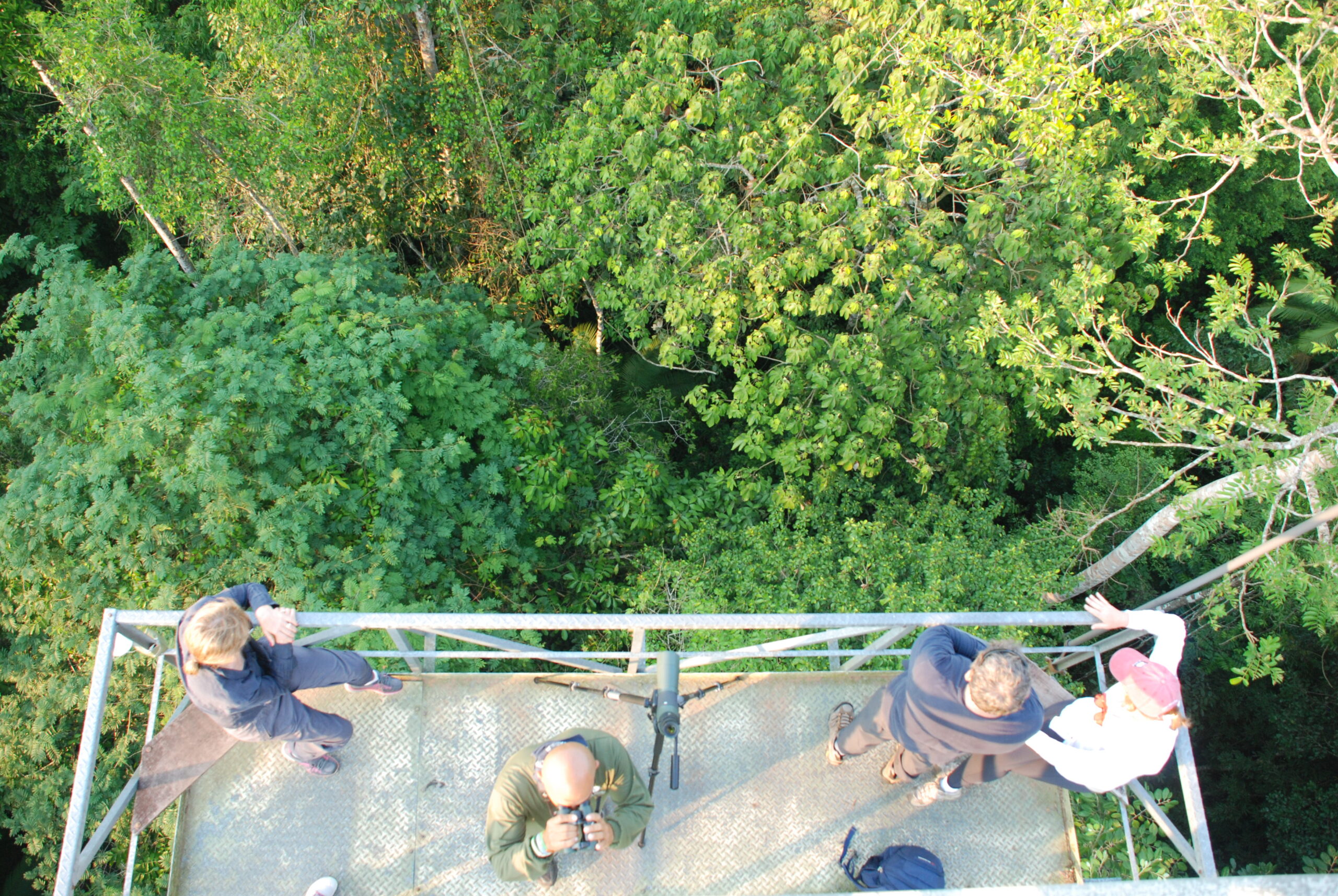 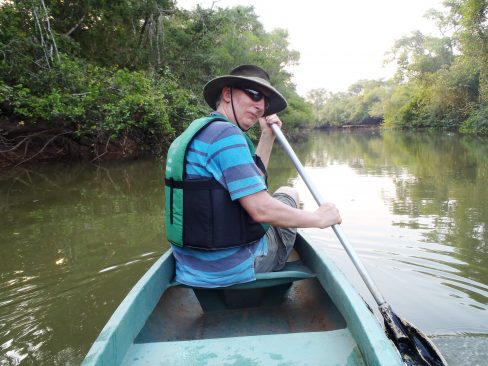 Having spent a week in the biggest city in South America, São Paulo, I took a flight to Alta Floresta one of the least populated places in the World. Here in Brazil’s Mato Grosso state, part of the Amazon, is home to cattle ranchers and folk living on the edge of the civilized world. The temperature on arrival was 37°C. I was shocked at the few pockets of trees left as we flew low over what was once primary rain forest. From the plane I saw plumes of smoke from the burning vegetation. The high temperatures are the result of land unprotected by trees, (the current drought over much of Brazil also exacerbated by deforestation). 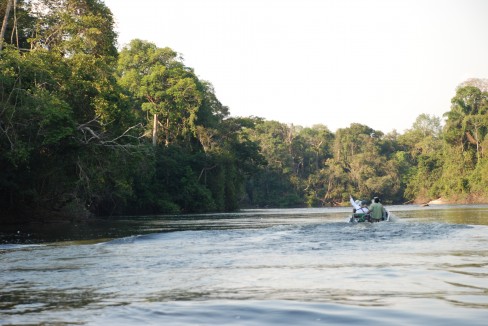 Happily not all is doom and gloom, after an hour in a car on a bumpy dirt road we came to the river Telespires, deeply verdant forest was evident all around. I took a boat up river to the Cristalino river that flows through a private reserve 7,000 hectares of protected forest. This is thanks to the dream of Vitória Da Riva Carvalho and her husband who came here when Alta Floresta was just a frontier hamlet 25 years ago. 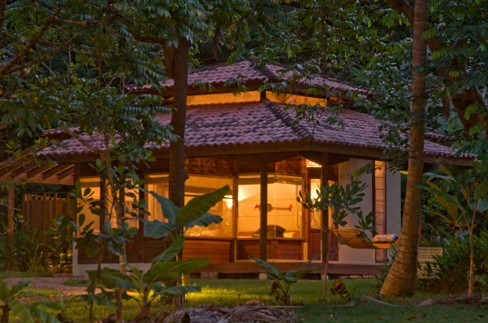 She had a vision of creating a way of making a living by protecting the natural environment and in 1992 Cristalino Lodge was born. Vitória’s first priority was to stop the forest being destroyed, and then achieve a sustainable income derived from tourism. They created the first private natural reserve in Mato Grosso in 1997 and two years later the Cristalino Ecological Foundation with both tourism, education and scientific research as key activities. The reserve is now bigger than the size of Manhattan island. 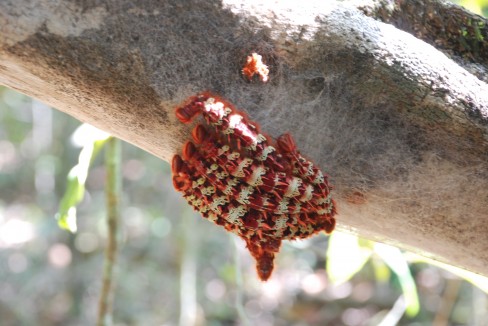 Only accessible by boat the lodge is surrounded by tropical forest making it a true jungle haven, Amazon and ringed kingfishers showed-off as I was paddled in. Once settled into my smart bungalow and refreshed with a tropical juice, it was off into the forest with my guide Fito. The reserve is known for rich diversity of birds and butterflies – more than 550 bird species and at least 2,000 butterfly species – but also for its varied jungle of primary rainforest and aquatic habitats. 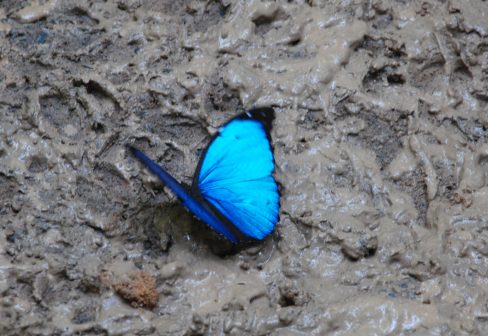 Fito showed me the extensive trail system and a clean river perfect for canoeing and swimming. The tannin-rich black-water means mosquitoes are few. The eco-friendly bungalows follow sustainable practices, built on already disturbed land using local materials, ventilated screens instead of air-conditioning. Solar power is used for much of the energy. Waste water is biologically treated with permaculture. 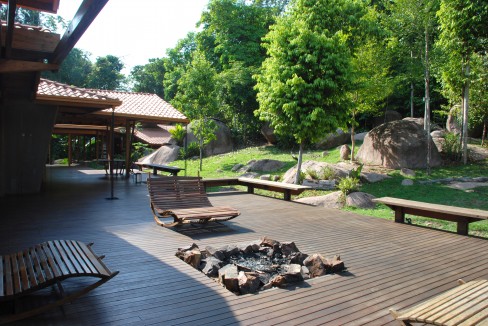 The gardens are planted with native plants. Tour groups are kept to a maximum of 8 per guide. Despite the eco-credentials comfort is not sacrificed. The cuisine is traditional Brazilian fare cooked in a wood stove, dinners are lit by candles and plenty of organic fruit and vegetables, much grown in their own organic garden. The inside and ‘al fresco’ showers were powerful and among the best I’ve had in all Brazil. Cristalino ticks all the boxes. 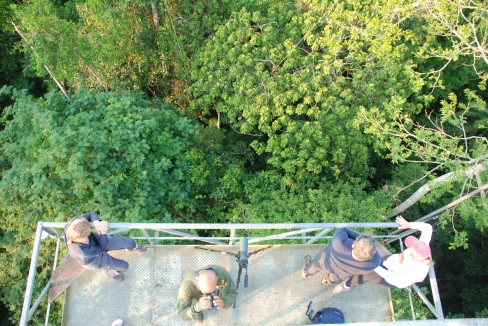 At dawn Fito took me to one of the two 50m towers that soar above the forest canopy. The sight of the mists evaporating over the carpet of green will stay with me forever. We scanned for the elusive harpy eagle but made do with scarlet macaws, white-bellied parrots, laughing falcon, white-throated toucans, chestnut wood-peckers, hook-billed kites to name but a few. 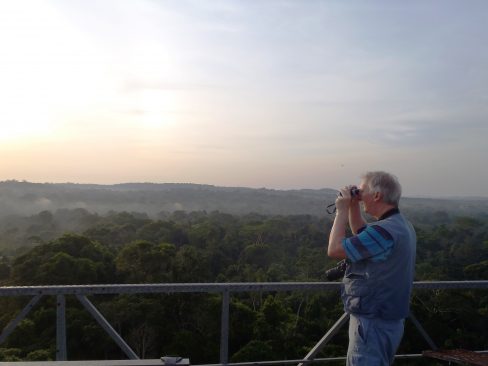 On the way we stopped at trees covered in spikes and saw one of the few remaining giant Brazil nut trees. 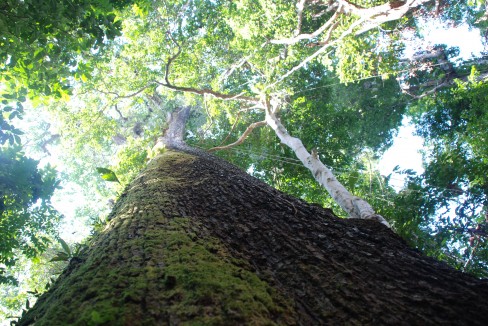 After lunch and a siesta we took a canoe ride to observe the birds of the river: Cocoi heron, green ibis, anhingas (snake-bird), neotropic cormorants, white-banded swallows, great jacamar plus bats sleeping under a branch and white-whiskered spider monkeys playing in the trees. 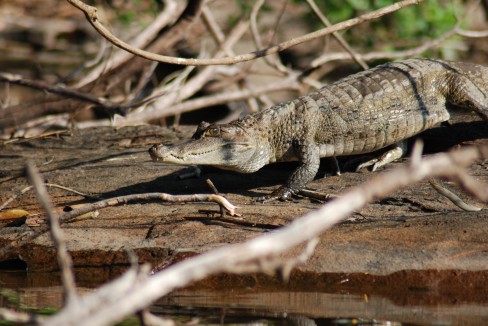 We made many sorties at dawn and dusk when creatures are most active, catching up on sleep after lunch. We surprised many a caiman alligator sunning itself on the banks of the river, and river turtles on rocks and branches poking up through the water. I was surprised to see large mammals like deer, which show the forest is healthy. 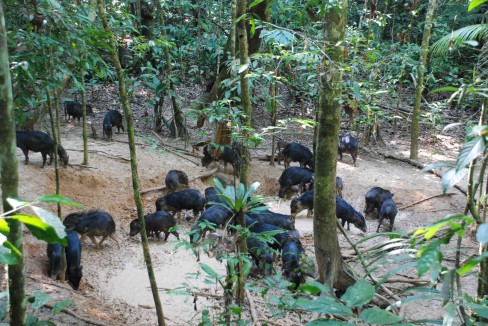 The biggest shock was when Fito signalled for us to go up to a hide, rather like a kid’s tree-house, and minutes later a troop of white-lipped peccaries surrounded us. First a dozen or so of these noisy grunting boars arrived and wallowed in the mud. Soon there must have been over a hundred or so including families with babies. For a good half an hour we watched these pungent smelly pigs cavort, and then the leader made an eerie clicking sound and they disappeared just as quickly as they had arrived. 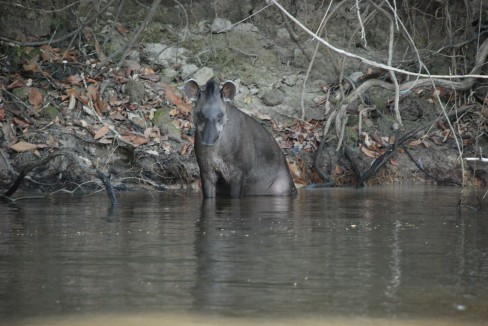 On my return to the lodge I had picked up a souvenir, a tick, but the attentive staff gave me special tweezers to remove the offending parasite. Just when I thought I’d had the last mammalian encounter on the afternoon’s boat ride, our boatman turned the canoe round and we were face to face with a tapir having a refreshing soak at the river’s edge. 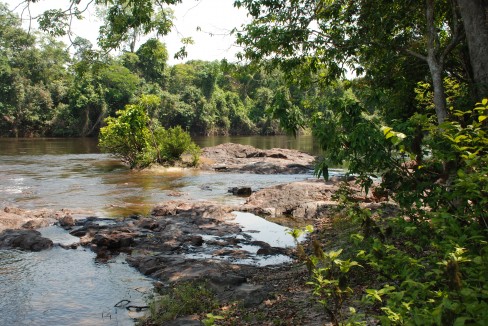 My final exploration was on a hill made of ancient granite that poked up above the forest, it felt like Conan Doyle’s Lost World with strange multi-coloured trees, and parts are so steep a rope is provided as a hand rail. The hiker is rewarded with a great view from a natural vantage point. It was a special finale to a wonderful few days far from the madding crowd. Spider monkeys came to see me off; I never did see the harpy though so that’s a good reason to go back one day. 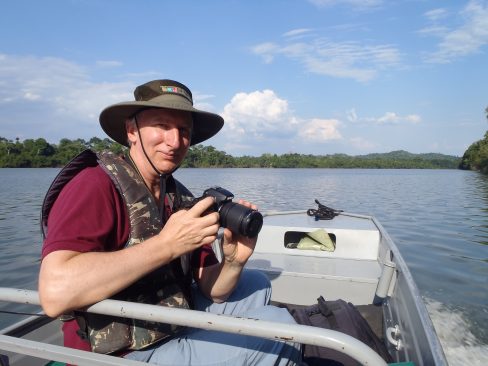 All photos © David Horwell. Please do not use without the express consent of Select Latin America.