Arena Amazonia and the Heart of the Amazon 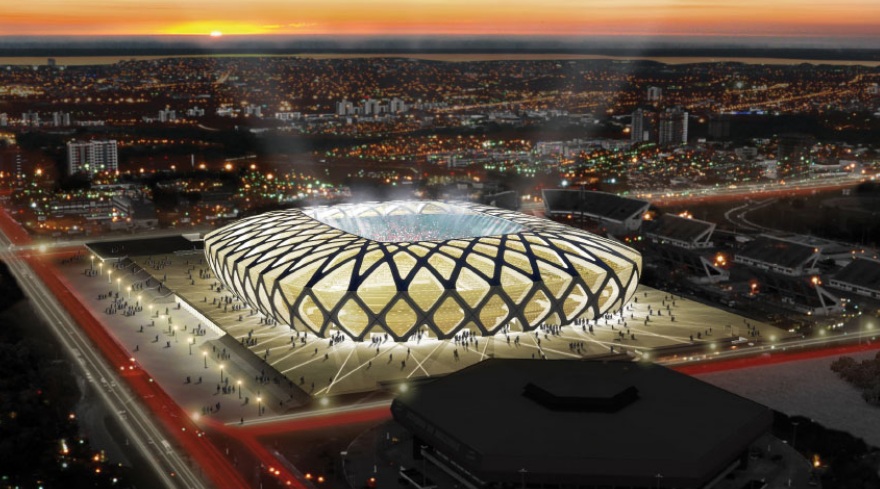 So, the draw has taken place and England will be playing their first game against Italy  in the city of Manaus, located in the heart of the Amazon jungle. The formally Estadio Vivaldao is in the process of being completely refurbished, enclosed by a metal structure designed to resemble a straw basket – a famous product of the region.

Once completed the new Arena Amazonia will seat 42,377 spectators and include restaurants, underground parking and will be serviced by bus and monorail. It’s important that the stadium is used to preserve the rainforest that surrounds the city, not destroy it. Rainwater will be used in the toilets and to water the pitch and sunshine, of which the region gets plenty will be used to generate clean, renewable energy. This stadium is not just for the world cup. There are plans to use the stadium after the end of the world cup for concerts and cultural events bring vital tourism and economic growth to the region.

Manaus is the capital of the state of Amazonas and is the eleventh largest city in Brazil with over 2,280,000 inhabitants. Recent speculation on the safety of fans visiting the city is simply untrue. Although the city, like many in the world, have many social and economic problems the beefed up policing and other measures being brought in by the mayor is likely to see a dramatic drop in the crime rating. Although we have no doubt that crime exists in the city we have never experienced any problems when visiting and nor have our clients. It’s a fantastic place, full of charm, culture and history and with a few simple precautions used when visiting any large city, you are unlikely to come into any trouble.

Are you planning on travelling to Manaus for the 2014 World Cup? Get in touch to start planning your itinerary.