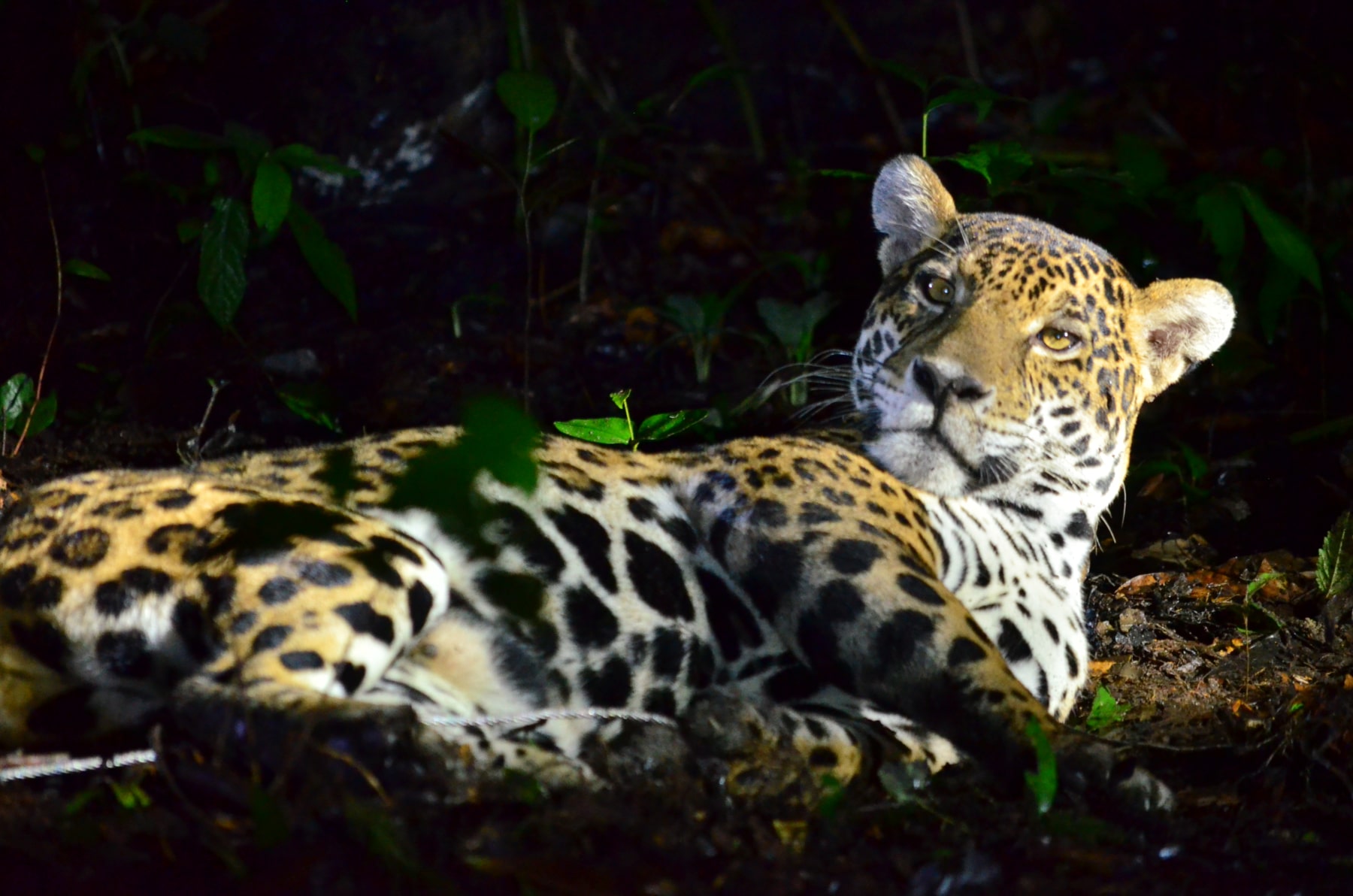 I recently travelled to Brazil’s northern Pantanal and took a short trip to spot Jaguars. Brazil’s Pantanal is probably the best place in the world to see these elusive cats, but a lot of luck is needed too. For wildlife buffs spotting a jaguar (America’s largest cat) is up there on most bucket lists. The majority of visitors who go in search of Jaguars stay on houseboats that are found on the Cuiabá river east of Port Jofre, which lies at the end of the Transpantaneira road. The last 20 or so kilometres are also good for encounters with the cats and many other creatures. There is also a small but expensive hotel by the river from whence you can take speed-boats.

I was staying at Araras lodge in the north of the transpantaneira, and was short on time so took advantage of a one day ‘Jaguar-express’ visit and kept my fingers crossed. We set off early at dawn to travel a couple of hours south along the bumpy dirt road. There seemed to be a bridge every kilometre or so, some of them in bad need of repair. I hope it will remain like that to keep away more traffic and give the wildlife a greater chance of survival. There was plenty to see along the road strange birds like the ostrich-like rhea, the huge jabiru stork, the divine roseate spoonbill and the odd raptor like a snail kite and scavenging caracara. I also saw an anaconda, tortoise, capybaras and opossum.

At Porto Jofre we went down to the dock and just a young boy walked over the wooden jetty a caiman alligator glided below, both oblivious to each other. I set off with a Brazilian family in a small speedboat. I was glad that ours had a sun roof, and noted that many of the other boats did not. As the temperature was about 40C., the roof was much appreciated. We sped off along the jungle-clad river and took smaller creeks to where jaguar sightings are more likely. We were lucky enough to see a family of giant otters fishing and making peculiar sounds.

For an hour or so we saw little except aquatic birds then suddenly our boatman accelerated, he had received a message, Jaguar! All the guides communicate by radio and let each other know of a sighting, so it is not an exclusive experience. As we were on the way to join other boats already in position on the opposite bank, we saw a young male jaguar calmly walking along the bank. I managed to get a reasonable shot which was lucky as later views were partially obscured by vegetation. The majestic feline was totally unconcerned about the dozen or so boats full of paparazzi-like cameramen with huge lenses. A capybara walked between the boats but all eyes were in the direction of the big cat that soon walked off, and the boats went their separate ways. We saw another jaguar sleeping in the shade under some trees, but after waiting about 45 minutes decided that it would not move, and as the heat was getting to the youngsters the guide decided to call it a day, but what a day…