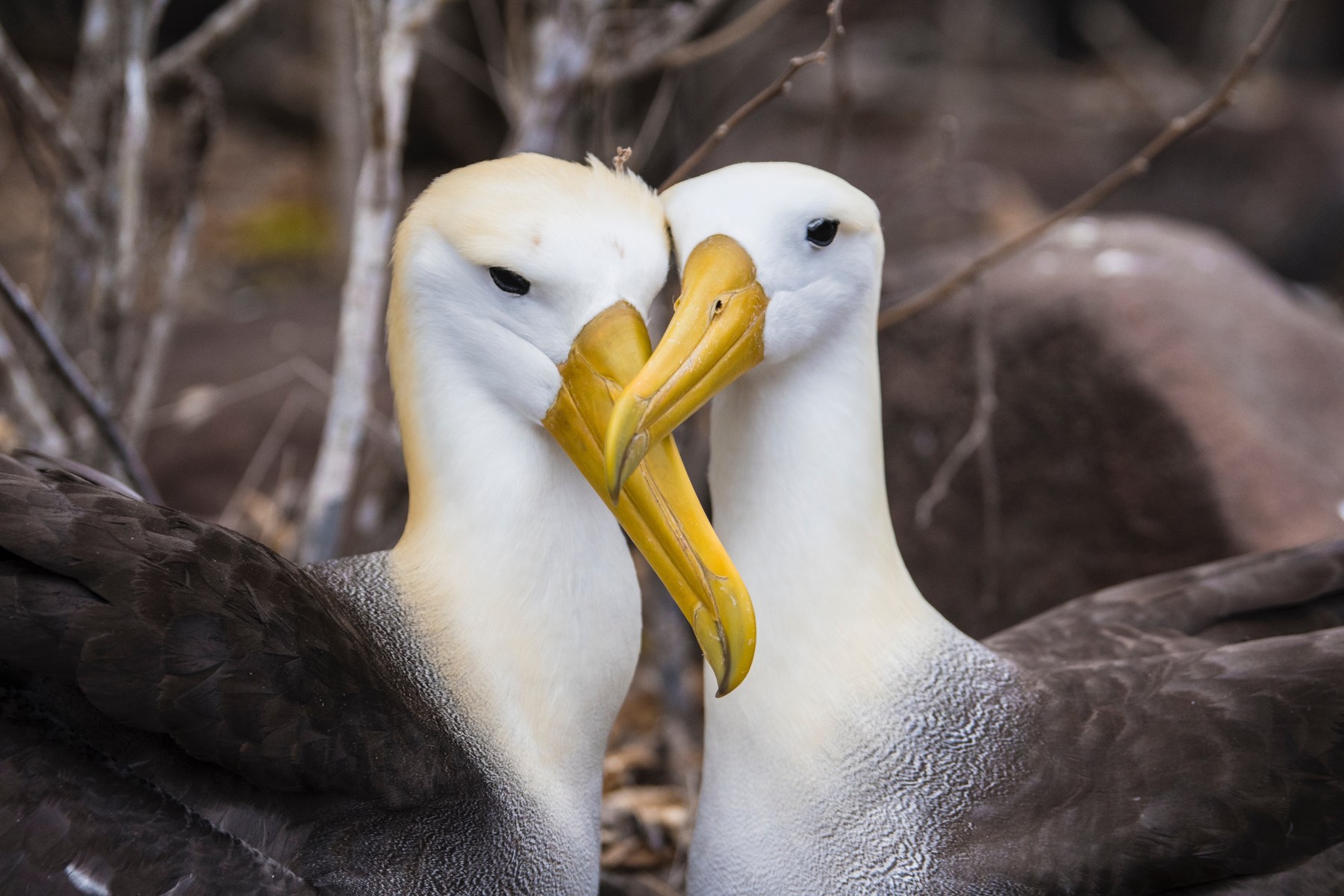 Latin America is simply one of the best continents for birding on earth. In total there are over 3,000 species roughly equating to thirty two percent of the world’s bird species. There are so many good birding spots in every country in Central and South America that it would be impossible for us to list them all here, but below you will find 10 of the highlights.

Although there are only 56 native bird species in the Galapagos, its draw is that 45 of these are endemic to the archipelago – they are found nowhere else on earth. There are 29 more migratory species that come and go depending on the season and another 64 that have been spotted very occasionally. Most will be familiar with the iconic blue-footed booby, with their brightly coloured feet and funny mating dance, but did you there are two other types of booby – the red-footed and Nazca? One of the best times to visit the Galapagos is during May when nearly the entire world’s population of waved albatrosses (around 30,000) return to Española Island to breed. There elaborate dance can last for days and includes much beak-fencing.

The Panatanal is a wildlife enthusiast’s dream location. The ecosystem is home to over a thousand different species of bird life. Although some of the birds here are endangered, its isolated location has allowed most species to flourish. Highlights include seeing jabiru, greater rheas and viewing over 24 different species of hawks, eagles and kites. In recent years it has been possible to see nesting harpy eagles, an absolute must for keen birders.

Colca Canyon may not have the largest list of bird species, but it is the best place to see the Andean Condor. From the Cruz del Condor viewpoint located on the canyon rim over 1,200 metres up it is possible to see these majestic birds close up. Get there early in the morning and for the opportunity to see them gliding above and around the canyon walls below. If you explore the canyon a little more you will find hummingbirds, Chilean flamingos, mountain caracaras and Andean goose as well.

If numbers was the best measure, South Georgia would surely win. The tiny inhospitable island between Argentina and the Antarctic Peninsula is home to over thirty million nesting birds. Over 80 species have been recorded but 31 of these breed and bring up their young here. Species include grey headed albatross, white chinned petrels, prions, blue-eyed shag, pintails and much more. However, most visit to view the large colonies of penguins. There are 6,000 pairs of chinstraps, 100,000 pairs of gentoo, almost half a million pairs of king penguin and over 2 million pairs of macaroni penguins. Unfortunately although the numbers of king penguins increase year or year, the macaroni penguin population has decreased over 50% in the last twenty five years.

Manu National Park is easily accessible from Cuzco in Peru. This 15,000 km² biosphere reserve that tumble down the eastern slopes of the Andes to the Amazon is home to over a thousand different species of bird, about ten percent of the entire world’s species. It even holds the record of the most number of species seen in one day – 331. Of course it would be impossible for us to list ever species here, but highlights include the many clay licks used by parrots and macaws and is one of the best places to spot the mating dance of the cock-of-the-rock. There are plenty of excellent birding lodges with knowledgeable birding guides in the region.

The hundred kilometre wide strip of the Serra do Mar forests that run along the Atlantic coast in Southern Brazil are a mecca for birdwatchers. The varied altitudes ranging from the shrubby lower levels at sea level to the 1,500 metre mountain forests allow for a vast array of bird life. There are over 500 species to be found, of which almost 200 are endemic and can be found nowhere else on earth. This incidentally is the highest number of endemics in one region.

The Ibera wetlands covers a region roughly the size of Belgium in the northern region of Argentina. This series of swamps, lakes and lagoons is 13,000 km2, the largest protected area in Argentina, and the second largest wetland area in the world (after the Pantanal in Brazil). There are over 325 species of birds that nest or migrate through the area. Trips are mostly taken by small boat or horseback and bird highlights include kingfishers, kestrels, nightjars, hawks, storks, tanagers, jaribus, hummingbirds and herons. The best place to stay is Rincon del Socorro which over very comfortable accommodation and excellent birding guides.

There are a number of different reserves including Bellavista and Mindo that make up the cloud forests on the western slopes of the Andes, a couple of hours north-west of Quito in Ecuador. Each one is busting with bird life. At 1,300 metres it lies at a midway point between the coast and the high Andes offering a greater diversity of species – over 550 in total. It’s a great place for toucans, cock-of-the-rock, antpittas, manakins, ducks, however, most come for the variety of beautiful hummingbirds. Most lodges are comfortable but basic and offer very knowledgeable birding guides. Pick one like Bellavista Cloud Forest Lodge which hang feeders near to the lodge attracting hummingbirds right to you.

Panama is often overlooked for birdwatching, however the country boasts over a thousand species. One of the best areas to visit is the cloud forests around the Boquete highlands. There are plenty well marked trails making it easy to explore by yourself should you wish. During the dry season there are over 400 species of bird to spot. Highlights include the emerald toucan, sulfur-winged parakeet and plenty of hummingbird species. Many come to the region to hike the famous Quetzal Trail which offers one of the best opportunities to spot the resplendent quetzal, one of the world’s most beautiful birds.

Costa Rica has so many good birding locations, its tough singling out just one. However, the 1,500 hectares of lowland rainforest is one of the best. Owned by a consortium of research institutions and universities there are over 300 scientists which venture to the area each year to explore the rich biodiversity. On the latest count there are 467 species of birds making it one of the largest in Central America including native and migratory species.

To begin your birding tour anywhere in Latin America get in touch today.