The Best Places to see the Giant Otter 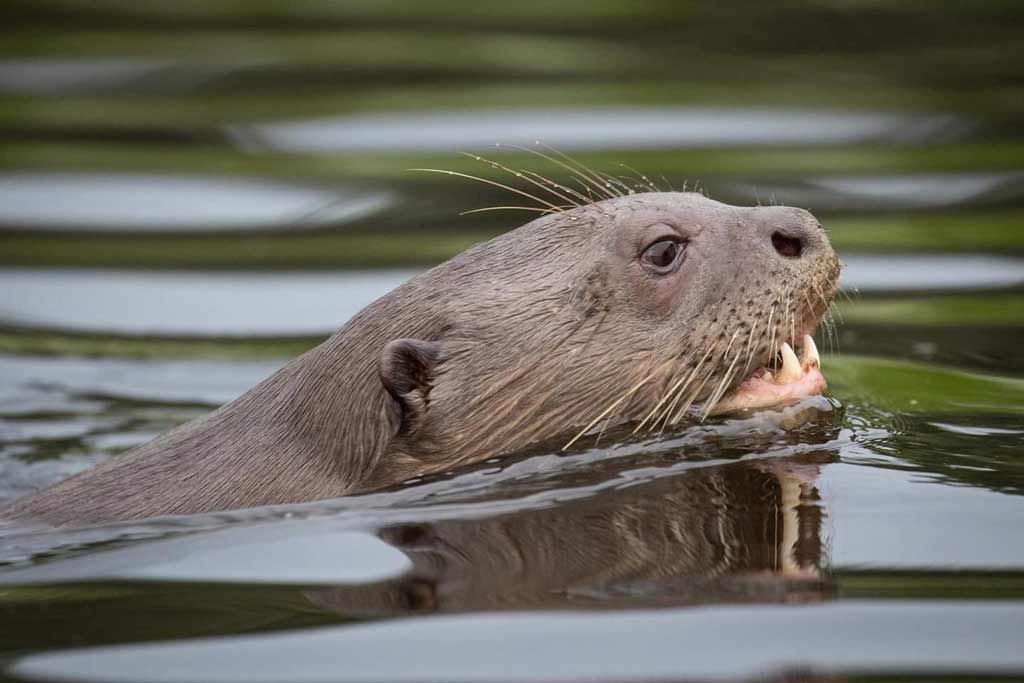 Giant otters are found in the great rivers and wetlands in South America. They are the largest otter species in the world. Their long sinuous bodies, with webbed feet and rudder tails make them great swimmers. Their huge eyes and whiskers help them to find fish, which make up most of their diet. They are truly large mustelids, up to 1.8 m long and weigh up to 32 kg. much bigger than their relatives, weasels and ferrets. These delightful creatures sport a brown velvety, waterproof fur. Known by the locals as ‘river wolves’, it is possible to see them in certain places, as they are sociable animals. Mainly in protected areas like reserves.

I have seen them in the Yasuní National Park in Ecuador at Napo Wildlife Centre and at Sacha Lodge. Unfortunately, they are still vulnerable and in danger of extinction in the Amazon basin due to indiscriminate hunting and habitat destruction. The collapse of the Giant Otter population occurred when the otter was persecuted for valuable fur from the 1940’s to 1970’s. Since 1973 they were classified as ‘Endangered’ by the International Union for the Conservation of Nature – IUCN. However, hunting of the Giant Otter still occurs.

The biggest threat to the species these days is habitat loss and contamination of the environment. Mining activity (especially mercury) pollute the waters and accumulate inside their bodies. Road construction causes erosion and an increase in sediments in rivers. This increases the turbidity of the water and contaminates the fish that the otters eat.

Although docile in appearance, and can sometimes be domesticated, they are ferocious predators, skilled at using their tail, claws and teeth to fight and catch prey. They compete with the black caiman alligator, the main predator of the Amazon, with whom they come into conflict. The diet of the Giant Otter includes a variety of fish, such as piranhas, cichlids and catfish, as well as small crabs, small caiman and boa constrictors. With other otters, they are sociable animals, who live in family groups of up to ten siblings and parents. Pteronura brasiliensis are monogamous, they only have one partner for reproduction. Little is known about their life cycle and their reproduction in the wild as most information comes from otters studied in captivity. Research is currently underway to help increase the number of Giant Otters in the Amazon. Scientists study diet, behaviour, habitat and main threats, to understand them better and to help recover this species on the verge of extinction.

Other places to see them are the Pantanal in Brazil at Araras lodge and Tambopata in Peru at Posada Amazonas.

Related Blogs:
What to pack for a visit to the Amazon
10 Things To Do In The Amazon