Top 11 things to do in Sao Paulo 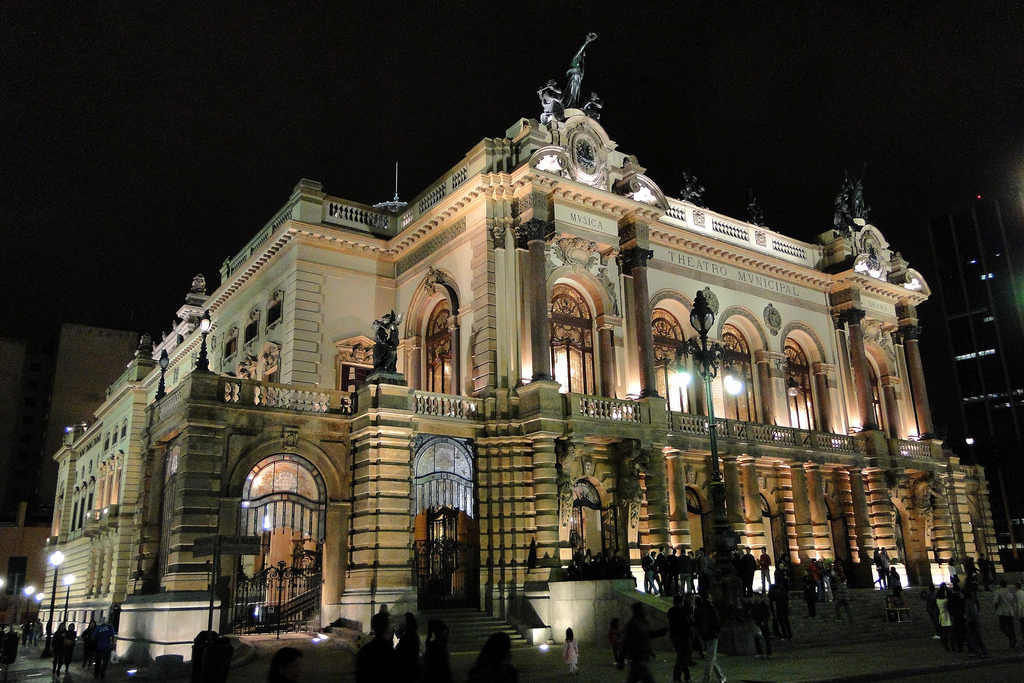 Sao Paulo gets overshadowed by its neighbour Rio de Janeiro. Plenty of things reward those who make the effort to come to Brazil’s largest city. It might not have sandy beaches or Rio’s charm, but when you have a read of the things to do, you’ll wonder why not include it in your Brazilian itinerary.

Let’s start with a biggie. It would be remiss not to spend at least an afternoon wandering along Avenida Paulista. Strolling along this wide boulevard you’ll pass luxury shops, top eateries and some of the city’s finest museums and concert venues.

Soak up the food scene in the Mercadão

The Mercadão, like most cities, is key to discovering the food scene in Sao Paulo. Every inch of its 12,500-square metres is brimming with produce. Navigate towering piles of colourful fruit and vegetables to meat and seafood. Be sure to drop into one of the little eateries and grab one of the famous mortadella sandwiches.

Pack up a picnic and head to Parque Villa Lobos

If the big city’s getting a little much, pack up a picnic and head to Villa Lobos, a lush green park that serves as oasis from Sao Paulo’s bustle. Admire the views, people watch, gorge on Brazilian treats or hire a bike to explore the park on two wheels. If you’re lucky, they might even have some live music at the weekends.

Marvel at the graffiti in Beco do Batman

Beco do Batman is at the epicentre of Sao Paulo’s graffiti scene. The little street draws tourists who come to marvel at some of the city’s finest street art. Wander through on foot and be sure to remember your camera. Many artists have made homes here and have mini-exhibitions in their front rooms.

Dance Saturday nights away in the city’s bars

On Saturday nights you’ll hear live samba music emanating onto the streets from the local bars. If you’re in the mood, dive in to join the Paulistanos for an impromptu jam, which may continue into the wee hours. You won’t regret it.

Catch a performance at the Theatro Municipal

The opulent early 20th-century Theatro Municipal is truly beautiful. By day, you can amble through its luxurious interior and take a peek inside the theatre itself. At night, you can swing by to catch some of the best musicals and dance performances in the city. It’s popular, so grab your tickets early to avoid disappointment.

You shouldn’t miss taking a look at Copan, one of Sao Paulo’s most iconic buildings. The 1960’s wave design by Niemeyer, was built to house residents from all walks of life. Inside are apartments which range from tiny studios to palatial penthouses. It has seen better days, but impressive nonetheless.

Gawp at the art in the Pinacoteca do Estado

Art lovers should make a beeline for the Pinacoteca do Estado, a gallery housed in a fine late 19th-century building. Even if you’re not into art, the exposed brick building is worth a visit alone. Be sure to get in early to avoid the queue if you’re visiting in high season.

Admire more art in the MASP

For more art, you’ve got thousands of works from some of the biggest names in the Museu de Arte de São Paulo. Expect to admire art painted by the likes of Van Gogh, Degas and Picasso to name just a few. The brutalist suspended modern glass structure is a piece of art all itself.

The soaring Catedral da Sé is the largest catholic church in the city. It’s foundation dates back to the 16th century, but the current building took half a century to construct, starting in 1913. Taking a tour of the neo-gothic structure will take a couple of hours. It has enough room for 8,000 worshippers.

If you’re a fan of the beautiful game, you can’t miss dropping into the Museu do Futebol. This houses photography and memorabilia stretching back throughout Brazil’s history with the sport. You can even have a go at striking a ball in the games room.