How Did Easter Island Get Named? 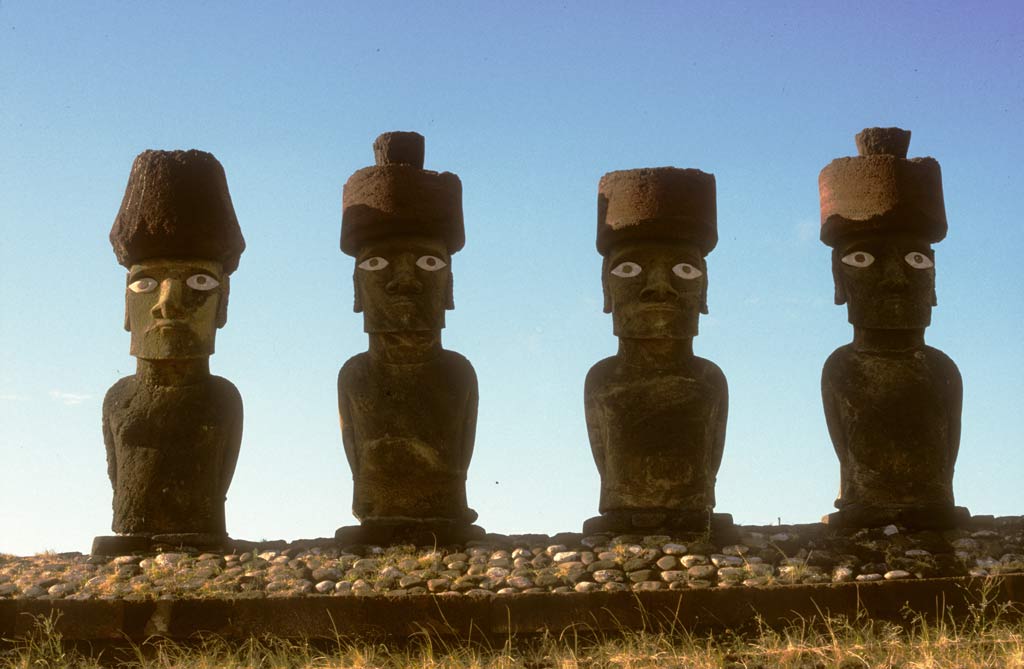 Easter Island was named by European Jacob Roggeveen who first saw the island on Easter Sunday, 1722 whilst leading a Dutch expedition to the South Seas. Of course the Polynesians had found it centuries before and they called it Rapanui. This small island is the most remote inhabited island in the World, being over 2,000km from Pitcairn its nearest neighbour to the north-west, Chile lies even further to the east.  This small volcanic island was annexed to Chile in 1888, and until 1965 the Chileans kept the natives as interns on their own island and used it as a big sheep farm. In 1996, Easter Island made a World Heritage Site by UNESCO. Archaeologists have long wondered about the construction and transport of the long-faced statues or moai that are scattered all over the island. It is thought that the statues may have ‘walked’ by rocking them from side to side vertically with teams of workers with ropes over wooden rollers. Later statues were toppled as it was thought their power no longer worked. This coincided with the arrival of the Europeans. Today the island has become a Mecca for those seeking the ultimate escape and several boutique hotels and lodges can be found, the real attraction are the wonderful people, descendents of the Polynesian seafarers who found the island against all odds over a thousand years ago. Contact us for details of how to get there.

RELATED: Things to do on Easter Island