Things to do on Easter Island 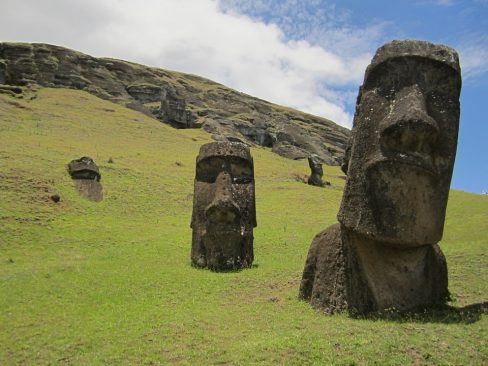 While most know and visit Easter Island for the ancient Moai statues left by the Rapa Nui civilization, there are plenty of other activity options on offer for adventurous travelers, though many are connected to seeing the Moai as well. The island lies some 3,000 miles off the coast of Chile, and although part of the country, its culture is Polynesian. Here’s the top 10 things to do in on Easter Island. 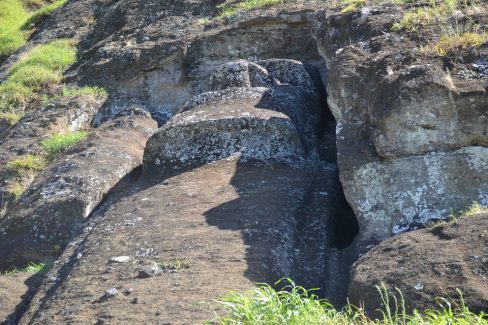 Rano Raraku is located on the slopes of Teravaku in the Rapa Nui National Park. It was formed from a volcanic crater and was used by the Rapa Nui culture for around 500 years as the main quarry for creating the Moai statues seen across the island. They Moai were built somewhere between 3,000 and 3,500 years ago and although they were built for the gods, ironically the felling of all the trees to transport the heavy statues led to a huge change in the environment and the downfall of the civilization. An enormous 21.6 metre incomplete statue weighing over 270 tonnes still sits at the quarry. 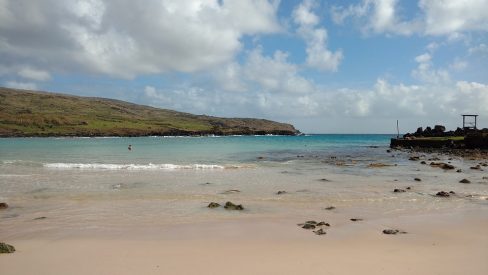 The white sand on Anakena beach is made from ground coral and is one of the best on the island. Though most visit to see the nearby statues, the beach is a highlight. While away an afternoon sunbathing or swim in the warm Pacific Ocean.

The festival is over 40 years old and started to help maintain Rapa Nui culture and drawing in tourism. The two-week long festival starts at the beginning of February and is full of Rapa Nui dancing, singing and competitions. Every year, two females compete to become the Queen of Tapati and there are horse racing competitions on different parts of the island. It’s one of the best, albeit the most expensive time to visit.

Taking a self-guided or guided mountain biking tour around Easter Island can be a great way to introduce yourself to the Moai and the island scenery. There are plenty of routes including Hanga Roa to Orongo and Puna Pau to Tahai. There are some paved roads across the island, but many are trails and paths which can be quite challenging. Rentals cost around US $15 a day. Just check the quality of the bike before you hire it.

See the sunrise at Tongariki

A popular tour for visitors to the island. Head down to the site of Tangariki where 15 Moai statues stand on a ceremonial platform overlooking the ocean. During sunrise and sunset, the most amazing colours can be seen hitting the ocean, coastline and Moai. A magical experience, just remember to bring your camera!

You might not know this, but Easter Island has some excellent surf. There are several hire shops and schools if you want to learn which are inexpensive and offer good quality equipment. After a morning of exploration, the Pacific swells are a great way to expend some energy.

The summit of Terevaka Volcano is the highest point on the island, towering over 500 metres above sea level and offering spectacular views across the island. Hiking to the top can be a rewarding experience that takes around four hours round trip. Few people decide to climb Terevaka, so those who do might very well have the summit all to themselves. For those who don’t want to trek, a horse riding tour to the top can be arranged.

The Tangata Manu, also called the Birdman ceremony started sometime in the 18th century. Held in September every year, one man from each tribe contends in a dangerous competition to collect the first egg of the Easter Island (Manutara) seagull. To do so, the competitors must paddle across the rough ocean on floating reeds to the caves where the eggs are laid and then bring it back in tact to present it to the chief. The winner keeps the emptied egg Birdman’s house. 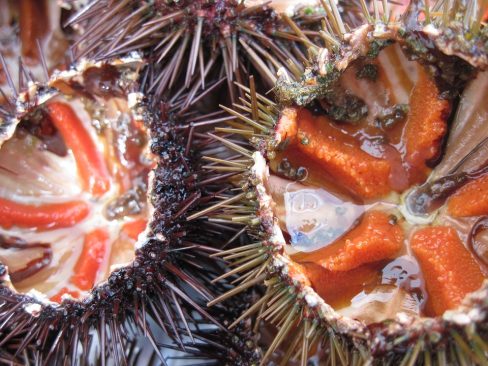 Being an island, it’s not surprising that the main diet of the Easter Island community is seafood. There are plenty of great restaurants to gorge on fresh seafood including mahi mahi, tuna, swordfish, lobster and prawns. Look out for sea urchins which litter the beaches throughout the year. Eaten raw, these can be opened on a rock and the roe eaten right out the shell.

Want to visit Easter Island? Start planning your journey today. Take a look at our suggested Chile tours, call our Chilean travel expert on +44 (0) 207 1478 or email us here.