The Lost City in Colombia 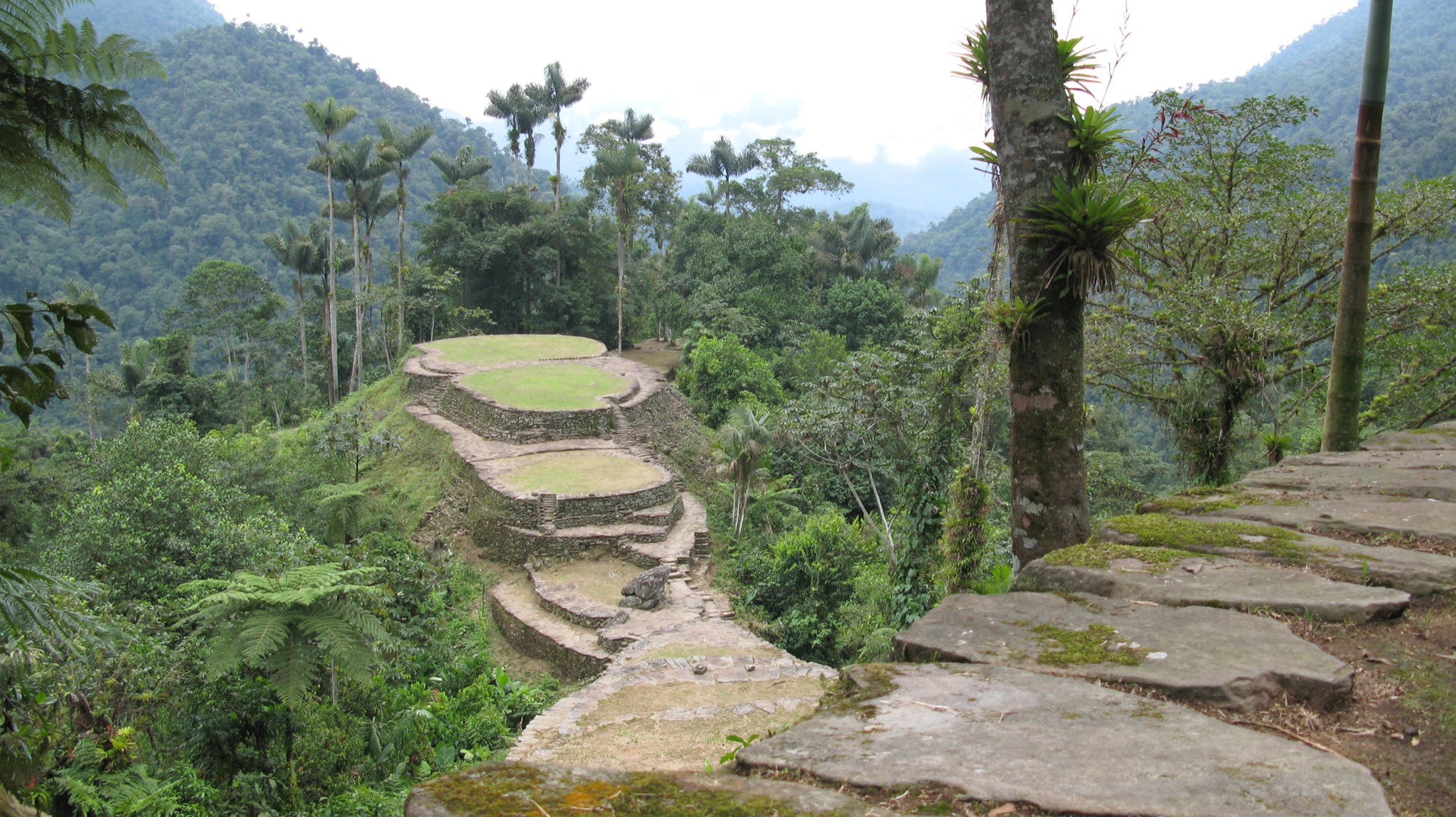 Colombia’s Sierra Nevada de Santa Marta is the highest coastal mountain range in the world. Rising to 5.775m metres at Bolívar peak, yet only 50km from the sea. A land of humid jungles, forested slopes, windswept tundra and snow-covered peaks. The range is one of the most bio-diverse in the world. Much of the region is only accessible by foot, it is also the home of reclusive indigenous groups of the Arhuacos and the Koguis. Deep in the interior lies one of the most impressive archaeological sites of the continent, the jungle-clad Lost City or “Ciudad Perdida”.

The ruins are at an altitude of up to 1300 metres, was probably constructed by Tayrona Indians, about 800AD (some 650 years before Machu Picchu). The only way is by a tough trek, through diverse and spectacular landscapes. This can take four days or more. Accommodation in simple camps with hammocks or beds and simple, shared bathrooms. The Lost City of Teyuna, with its terraced complexes, bridges, paths and aqueducts, is the reward. Like most pre-Columbian cities it was abandoned during the Spanish conquest and only rediscovered in 1972. Much of the city is still hidden under the jungle. It is well off the usual tourist track. The birdwatching is excellent like most of Colombia.

After these exertions head to the tropical dry forest of Tayrona national park, with beautiful beaches of San Juan del Cabo, La Piscina, Arrecife and Cañaveral. Finally head to the colonial treasures of Cartagena, to many, the most beautiful city in South America. We can arrange this as part of a tailor-made trip.