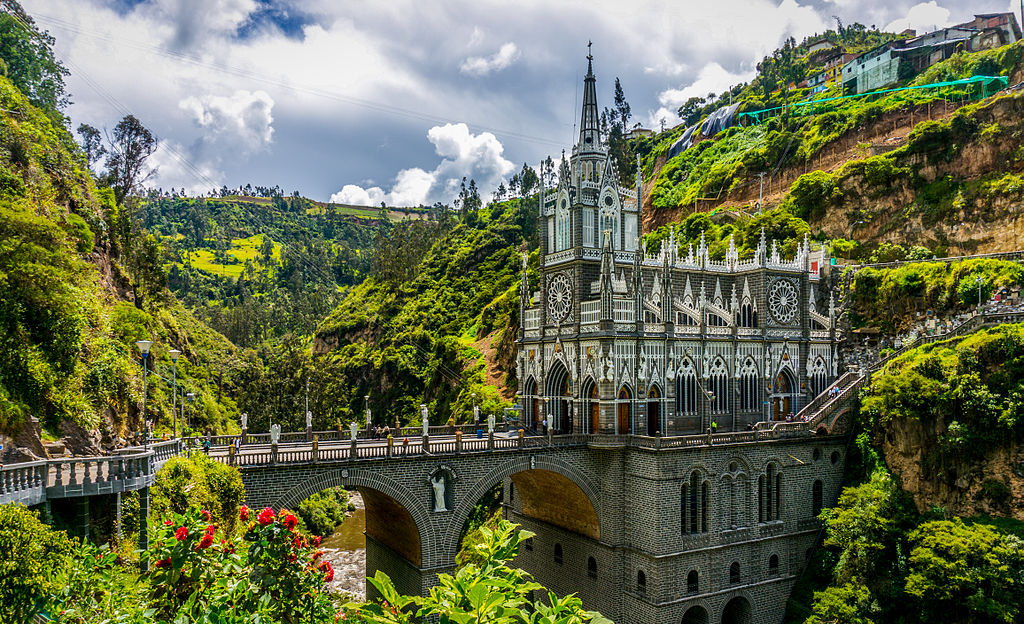 Not only is this Basilica church one of the world’s most beautiful, it’s also located in the one of the most scenic spots. Santuario de las Lajas church is located in the southern department of Narino in Colombia and was erected within a canyon above the Guáitara River.

Though the church may look old, it’s actually less than a century since it was built. The name Laja comes from the type of rock that was used to create it.

RELATED: 740 steps lead to the top of this monolithic rock formation in Colombia

The church has an interesting history. In the mid-18th century a mother and her deaf daughter were caught in a fierce storm. To survive, the pair took refuge in the canyon, after which the daughter said “the Mestiza is calling me” and an illuminated silhouette appeared. After this event, the spot quickly became a popular pilgrimage with many people reporting to be miraculously healed.

Several myths have since been linked to the church. There is mysterious image of the Virgin Mary which is now behind the alter at the back of the church, its origins unknown

The first shrine was erected in the early 19th century and was made from straw and wood. It was later enlarged and replaced with stone and a bridge that connected both sides of the canyon.  It was then replaced again with the current stone church between 1916 and 1949. It was canonised by the Vatican in 1952 and made a minor basilica in 1994.

The impressive basilica rises 100m from the canyon floor, connected by a 50m tall stone bridge. On the other side of the canyon is a tall waterfall which only adds to the magic of this spot.

To visit the Santuario de las Lajas or any part of Colombia, give one of our specialists a call on +44 (0) 207 407 1478, send us a message here or take a look at our Colombian tour suggestions.