The underground Salt Cathedral of Zipaquira in Colombia is simply awesome 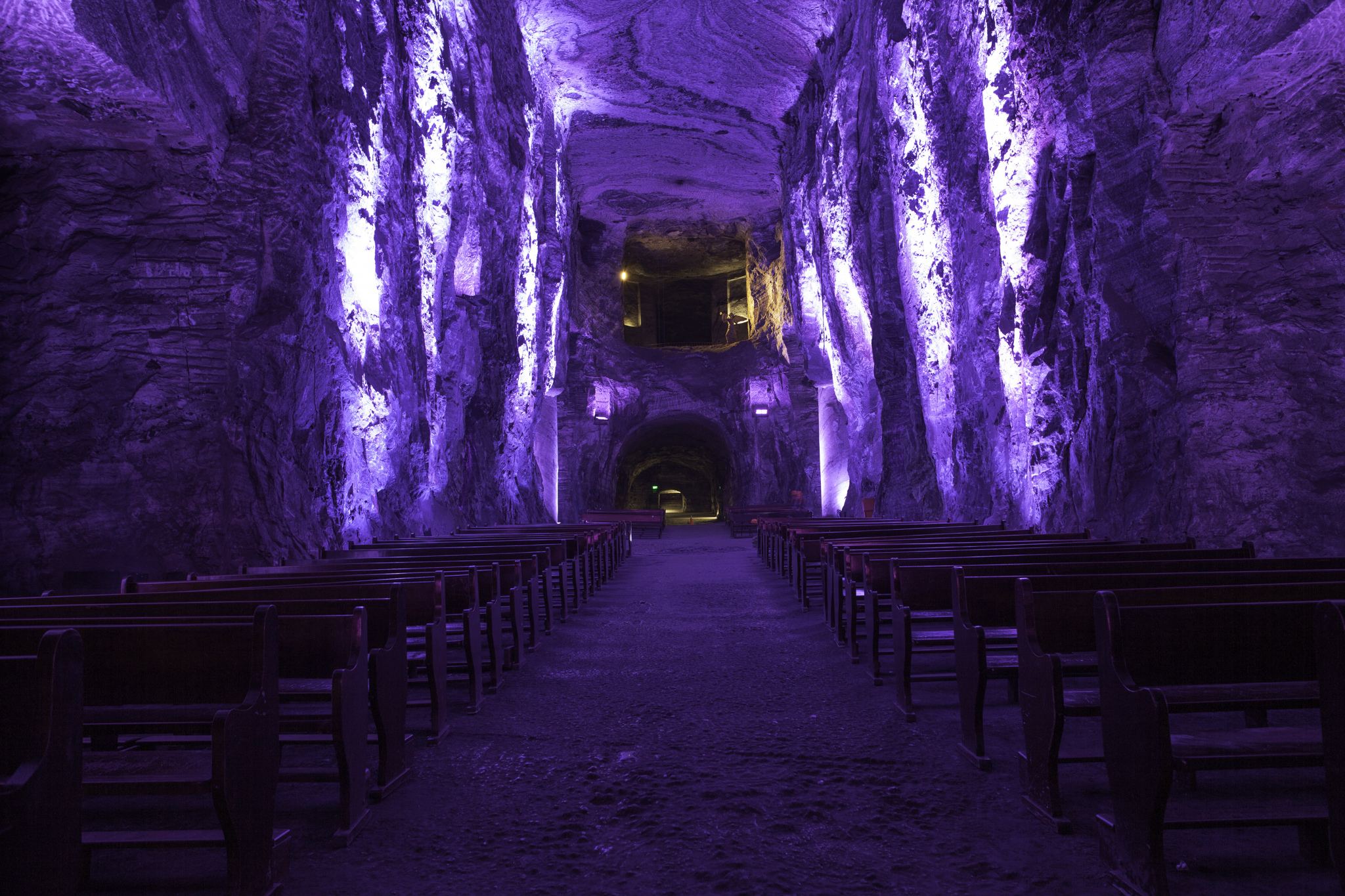 There is something awe inspiring about this underground church – the simply carved naves lit with a neon blue light and decorated with marble sculptures, makes it look like a scene from a futuristic movie.

Although this is a popular tourist attraction and somewhat of a pilgrimage for Catholics in Colombia, it is a functioning church, receiving hundreds, if not thousands of visitors on Sundays. Interestingly though, Zipaquira has not bishop, and is therefore not recognised as a cathedral in Catholicism.

Nevertheless, this place of worship has been heralded as one of the finest achievements in modern Colombian architecture, with some describing it a ‘jewel of modern architecture’. Most of the architectural details and the icons located in the naves are hand carved in the halite rock, although there are a few marble sculptures which compliment them.

The region has been mined since the pre-Columbian Muisca culture in the 5th century BC. Fast forward a couple of thousand years, and miners built a simple sanctuary and cross where they could pray and ask for protection each day before work. In 1950, the construction of a large cathedral began and inaugurated in 1954. It was dedicated to Our Lady of Rosary, the patron saint of miners. Comprising of three naves, some of which were originally carved out by the Muisca people, the large complex cost over $285 million to build and could house over 8,000 worshippers.

Unfortunately, due to safety concerns, the cathedral was shut in 1990, and the construction of a new cathedral began in 1991, 200 feet below the original. Opened in 1995, the new cathedral is part of a larger complex which houses the Parque de la Sal (Salt Park) and a museum of mining and geology. Although the project was far from simple, it was achieved by making changes and additions to the corridors and cavernous areas created by the mining operations.

There are three main features to the new cathedral. The first is the Station of the Crosses, a series of 14 small chapels which illustrate Jesus’ last journey. The next is the dome located at the end of the entrance ramp and from which visitors descend into the chambers. Lastly, there are three naves which are interconnected via a crack which symbolizes the birth and death of Christ. The main alter has a large lit cross above it, and behind an angel sculpture can be seen blowing a trumpet.

Also on offer is the Salt Park, a 79-acre area which include the Brine Museum, the Salt Auditorium, the Sacred Axis (a square 4-metre-high cross) and depictions of the mining process.

The cathedral is located in the town of Zipaquira, around 30 miles from Bogota. It can be reached either on the Tren Turistico de la Sabana or via car. We recommend visiting the cathedral en route to Villa de Leyva. To start planning your trip to Zipaquira, get in touch today, or see our suggested tours to Colombia.

RELATED: A guide to the best street food in Colombia