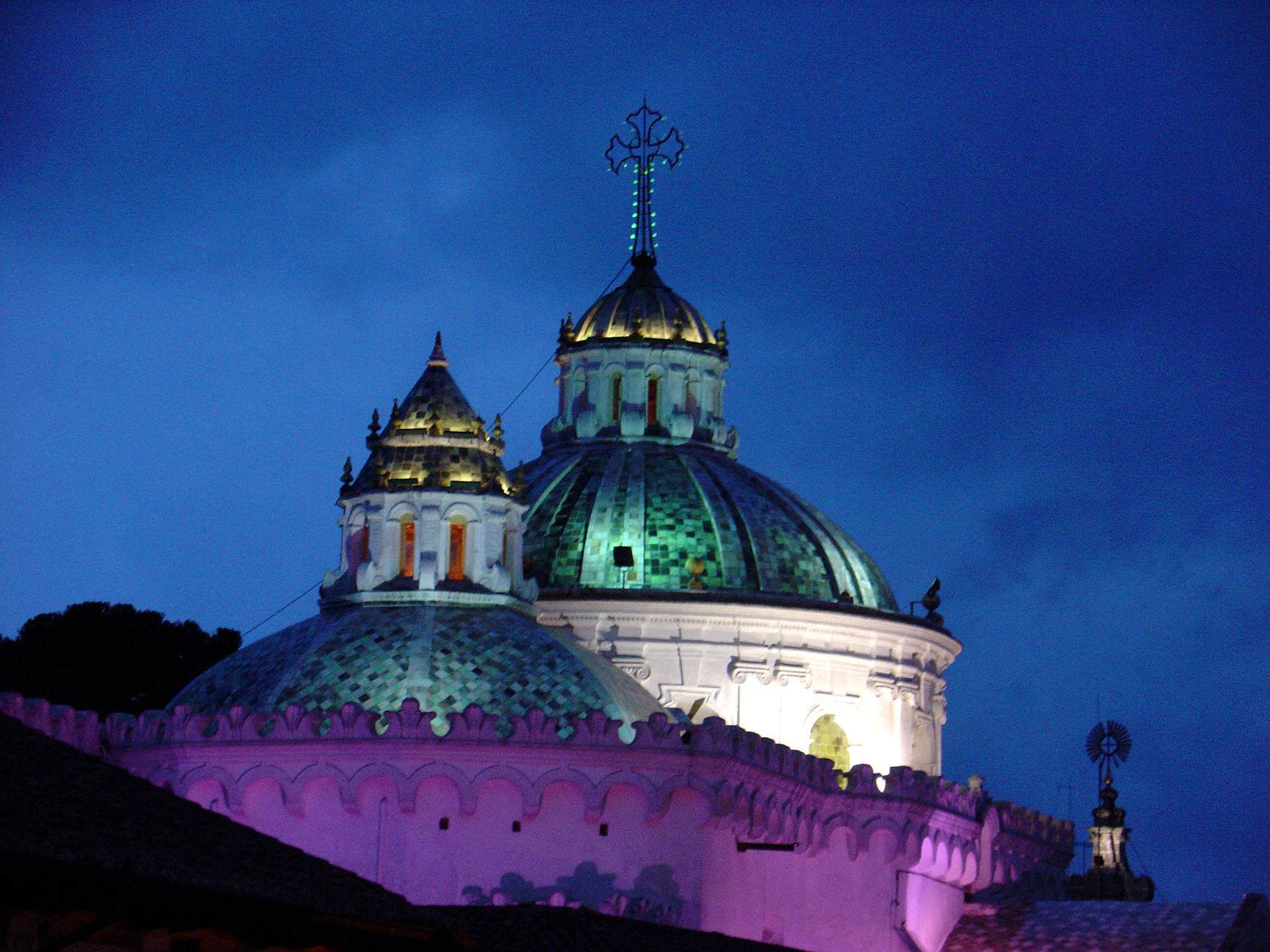 This week is the Fiestas of Quito, celebrating the foundation of Quito on Dec 6th. This is the city’s biggest festivity of the year. The whole city stops work and enjoys street parties with live music and bands. Bars swing open their doors for party-goers, and the streets will remain crowded till the early hours of the morning. Revellers can take a ride around the city on a Chiva, an open-air bus, with a brass band in-situ. Plaza Foch in La Mariscal, becomes a lively focus for the younger crowd with trendy restaurants, bars, and clubs.

Traditionally for this week there is flamenco dancing, opera and theatrical shows and the Reina de Quito (Quito’s beauty pageant). Though for the first time in 60 years there is no bullfighting, perhaps a sign of the times. It climaxes on the 6th December with a massive parade with indigenous dancers in traditional dress and floats make their way along the streets. It is organised chaos of the best kind.

Ecuador’s capital Quito is located near the Equator and is the second oldest Spanish city in South America, founded in 1534.  The city was the first to be declared as a World Heritage Site due to the remarkable churches, convents, cathedrals, built during the colonial period. This year Quito celebrates its 478th anniversary of its Spanish foundation.

RELATED: Getting high – above Quito by cable-car