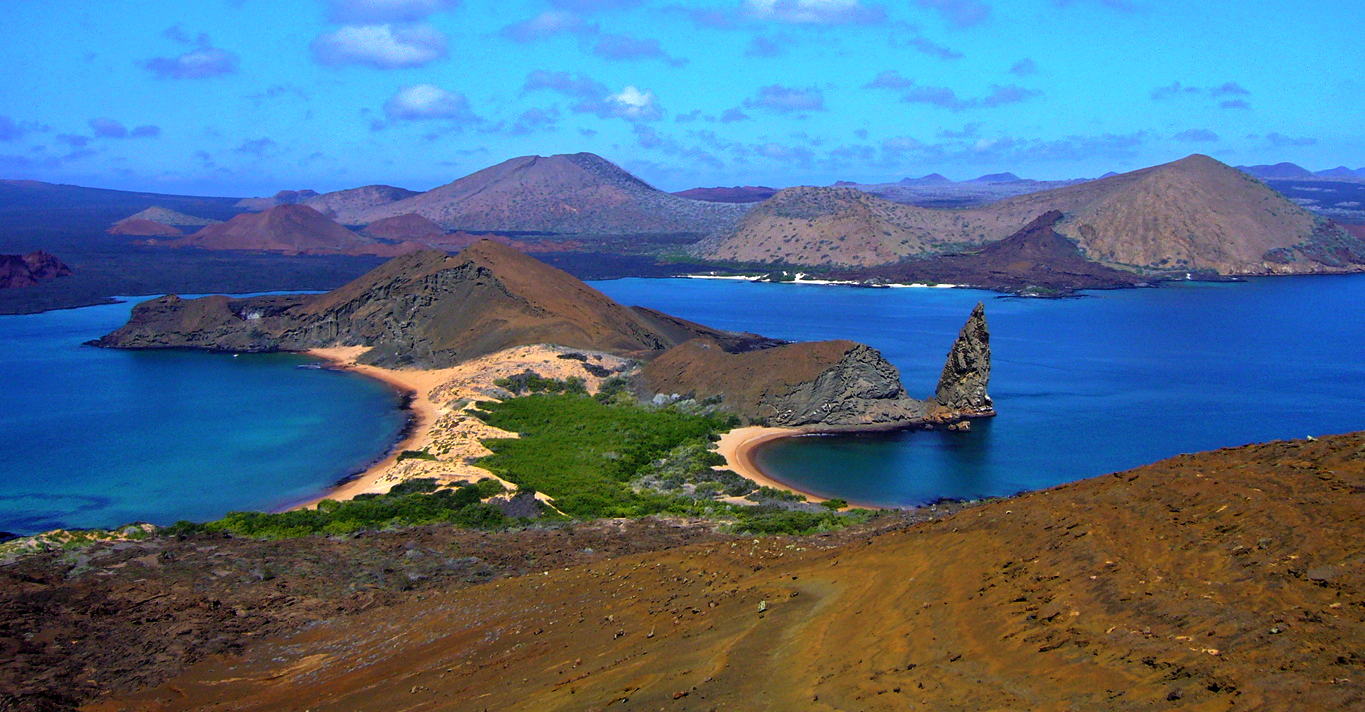 The Galápagos Islands have just celebrated their discovery 486 years ago by chance . The Bishop Fray Tomás de Berlanga drifted there during a voyage from Panama to Peru. Charles Darwin made them world famous after his voyage on the Beagle. He described the strange wildlife of giant tortoises, swimming iguanas and penguins on the Equator. The archipelago had become exploited by pirates and whalers and human settlers and convicts. A more recent danger is the presence of a huge fleet of predatory fishing boats hovering outside the marine reserve.

Galápagos National Park staff recently found 185 tortoise hatchlings inside a suitcase bound for mainland Ecuador. The Critically Endangered reptiles were discovered during a luggage inspection at Baltra Island airport. The baby tortoises were wrapped in plastic to prevent detection, and sadly at least 10 had died. They are thought to be mostly newly hatched. A local conservationist, Wacho Tapia, believes that the tortoises were removed from tortoise nests on nearby Santa Cruz Island. “The young tortoises were found in terrible condition and appear to be extremely underweight. We are in the process of collecting important data, including size and weight, for each tortoise to better assess its health condition,” said Tapia in a statement.

The surviving hatchlings have been put by the Galápagos National Park in secure corrals at the Giant Tortoise Breeding Centre on Santa Cruz Island. The Ecuadorian authorities are constantly trying to prevent the illegal trafficking of wildlife. While the pandemic has intensified the challenges, their vigilance should be congratulated.

Galápagos giant tortoises are highly endangered due to past human activities going back hundreds of years to the times of buccaneers and whalers. They have been reduced by 85% of what they once were. The 15 Galápagos giant tortoise species are unique to the islands, of which six are critically endangered and three are extinct. Galápagos Conservation organizations and the National Park have been working tirelessly to restore habitats the past decades and ‘rewild’ the giant tortoises across the Archipelago.

Expansion of the Marine Reserve

The archipelago is home to unique biodiversity, thanks to the meeting of warm and cold currents at the equator. The Galápagos are a thousand kilometres from the Ecuadorian mainland. The Marine Reserve covers an area of around 133,000 km2. Both the islands and the surrounding waters are UNESCO World Heritage Sites. The Galápagos National Park argue that it needs expansion to stop the fleet damaging the biodiversity. The international fishing fleet includes 243 Chinese-flagged refrigerated vessels plus Ecuadorian tuna boats. The industrial fishing is harming species which migrate through the zone. Tuna fishermen also leave floating fish-trap rafts which drift into the protected zone. Previous over-fishing has already destroyed the lobster and sea-cucumber populations.

The marine reserve is home to More than 2,900 marine species including whales, dolphins, albatrosses, sharks, sea lions, penguins, rays, marine iguanas, turtles, and fish. Unique habitats like seamounts and submarine volcanoes make this an important region. The up-welling cold currents provide rich nutrients that support creatures from tiny molluscs to huge whale sharks. If the expansion goes ahead, it will benefit local artisan fishermen that supply the islanders, tour boats and mainland Ecuador.

The Galapagos and the Pandemic

There is a population of about 30,000 people living on the islands. When Covid-19 caused the initial lockdown the income from tourism disappeared overnight. The locals were reduced to bartering, growing their own food, and even hunting feral animals. The islanders began helping each other survive and life was like it was 50 years ago. Gradually food and supplies arrived from the mainland. The islands opened again in July 2020, but many of the tour boats were empty until March 2021. Much funding for conservation comes through tourism, the two go hand-in-hand.  The Government of Ecuador realised the importance of tourism, so the Galapagos will be the first province to completely  vaccinate the population. They are on-track is to vaccinate everyone by the end of May. Tourism is returning bit-by-bit. Though levels are down to a quarter of visitor numbers of 2019. Each month arrivals are 4,000 to 5,000 instead of 20,000 to 25,000. As vaccination accelerates, international confidence is returning. Visitors are realising that now is a special time to visit due to the scarcity of other tourists.

Look at our range of Galapagos Holidays