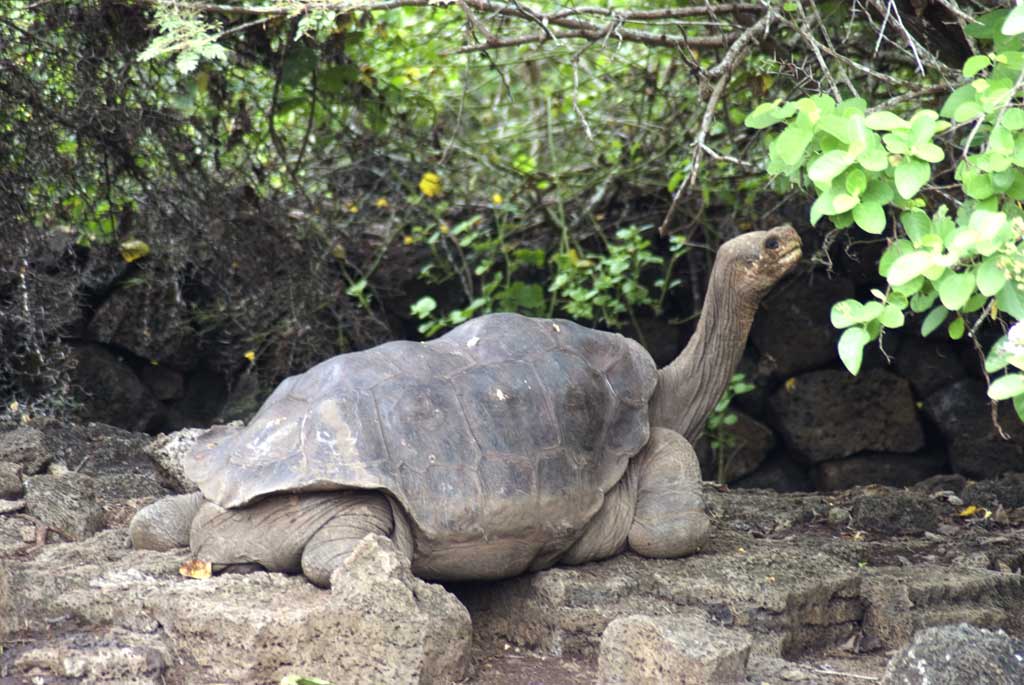 We were sorry to hear the sad death of Lonesome George on 24 June, 2012. The Galapagos National Park ranger Fausto Llerena, who has been his long-term caretaker, was unhappily surprised when he arrived at Lonesome George’s corral and discovered George stretched out in the direction of his watering hole with no signs of life. George was the sole survivor of the Pinta Island sub-species of tortoise, hence his importance for biology and as a symbol of conservation efforts for the entire world. The cause of death will not be known until after an autopsy. The body of Lonesome George, whose age is unknown but estimated at more than 100 years old, may be embalmed. There is even talk of cloning him. Lonesome George was originally found on Pinta island in 1972 when those tortoises were thought to be extinct. Despite efforts by the park to mate him with female tortoises, he never produced any offspring.  His pen was visited by thousands of tourists every year. He will be missed at the station and hopefully is lonesome no more.