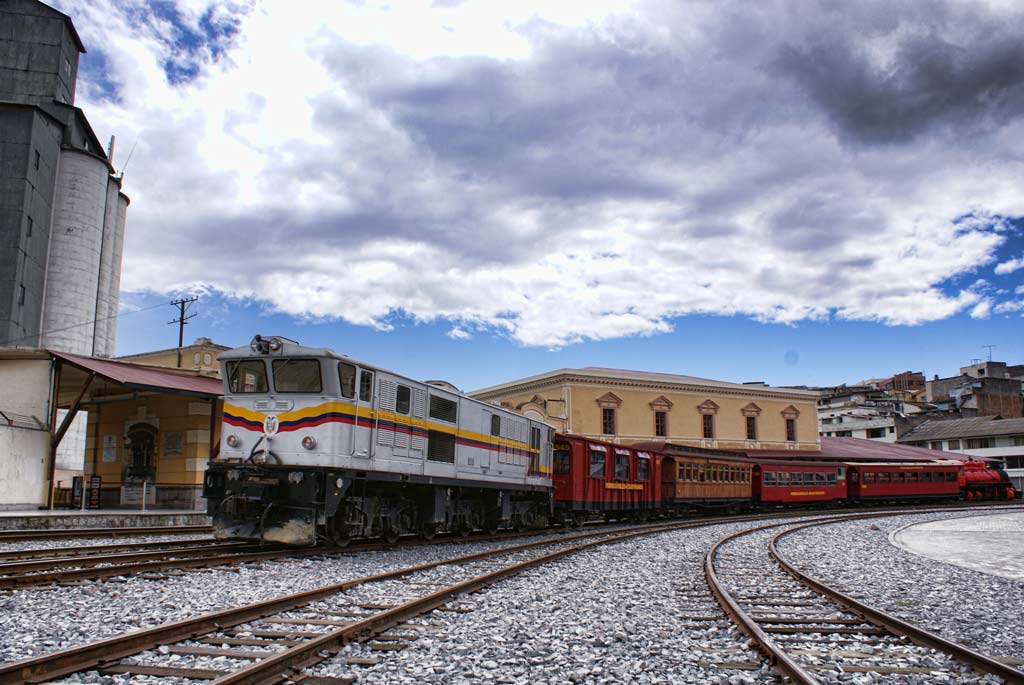 With encouragement from President Rafael Correa the Quito to Guayaquil railway system is being restored. This engineering marvel once connected the Pacific Coast with the high Andes. After years of neglect, the country’s 446 kilometres of railway tracks are being renewed and many of the major railway stations refurbished. One of the first parts to be finished is the world famous Andean switchback known as the ‘Devil’s Nose’.  You can ride the train during our Cotopaxi and the Devils Nose, journey travelling South from Quito along the famous Avenue of Volcanoes. Other adventures on this trip include the snow-capped volcanoes of Cotopaxi and Chimborazo, the Cloud-forest, the Inca fortress of Ingapirca and finally the Amazon. Another completed section of railway departs from Quito’s centre to the town of Machachi. Don’t expect an Express train; the carriages lazily climb through the high Andean passes, which mean that you get plenty of time to take photos and wave to the locals. Each volcano is announced over the speakers leaving you to wonder just how many volcanoes one small country can have!  Hopefully soon you will be able to take a ride the whole way to the coast, which will be a major boost to tourism throughout the country.