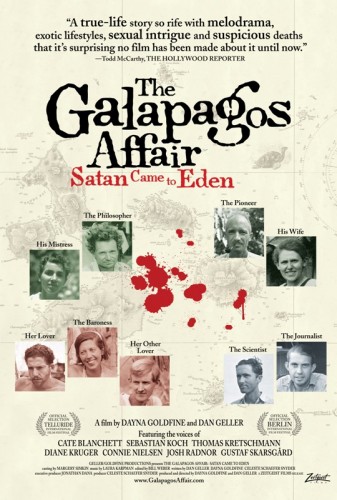 Most of the visitors who have the good fortune to visit the ‘enchanted islands’ of the Galapagos archipelago know precious little about the human history. I have taken tour groups there over the years and many of them believed that the only inhabitants were reptiles, birds and a few sea lions. Those that did their reading knew about Darwin and his short, but hugely significant visit on the Beagle, some knew perhaps about the pirates and the whalers – but few knew of the true pioneers – the first settlers who eked out a living on these inhospitable arid volcanic shores. Not to mention brutal penal colonies which are all Ecuador thought that the islands were good for until the late 20th century.

I arrived in 1978, when tourism was just taking off. In those days the boats were Spartan affairs, our yacht had no fridge and a shower was a shared trickle of rusty brackish water. It took 5 hours to get there in a propeller aircraft from Ecuador. (Today it is only an hour and a half in one of several daily jets). The yachts now rival those found in many sophisticated marinas and hotels are springing up on all of the four inhabited islands.

One of the non-wildlife visits we did was to a place called Black Beach on the island of Floreana, here was a tiny naval base and a handful of settlers and farmers. One of these was a little old lady called Mrs Wittmer who ran a basic guest house and restaurant. She had been there since the early 1930’s and must have been in her 70’s when I knew her. She certainly had a lot of stories to tell, with a mischievous twinkle in her eye as she gave us her home-made orange wine and cookies; she was the first woman to give birth on Floreana, her now grown-up son was captain of one of the first tour boats; but only the brave would mention the Baroness and the scandalous events of half a century earlier… I don’t want to spoil the story told in the film – but as they say: truth is stranger than fiction – no Agatha Christie novel could compete with this tale.

Imagine a desert island; put ashore 3 disparate families each with their own stubborn ideas of what island life should amount to and add a generous dose of ego-mania and the result is an unhappy end, as sexual intrigue, jealousy and unsolved murder take place, with the mysterious disappearances of the aforementioned Baroness. Less ‘Swiss Family Robinson’ and more ‘Lord of the Flies’ for adults. Galapagos Affair: Satan Came To Eden opens 25th July in UK cinemas, with myself introducing the film and partaking in a Q & A session afterwards. There will be other UK screenings and a DVD/Blue-Ray out in September.