What animals will I see in the Galapagos?

The Galapagos Islands are probably the best place to get up close to wildlife in the world. It’s isolation from human contact from the mainland have created a range of habitats where fearless endemic wildlife has flourished. Here’s a rundown of some of the best animals you will see in the Galapagos. 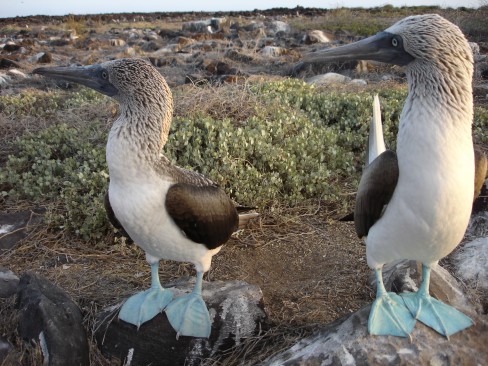 Blue-footed boobies
The blue-footed booby is not just the most famous bird on the archipelago, it’s also one of the most amusing. Watching them dive bomb in synchrony over a school of fish is an extraordinary experience and if you are lucky you will also witness the famous dance where they point they bill, tail and wings towards the sky to impress a mate. On some islands you may also see their cousins – the red-footed booby and the Nazca booby. 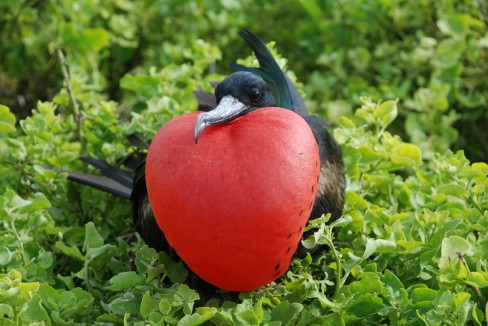 Frigatebirds
There are five different species of frigatebird worldwide. These birds have a fearsome reputation as pirates of the skies.  Their ability to manoeuvre through the sky with ease and steal food from others has earned them the name man o’ war birds. Two species exist on the islands, the magnificent and great frigatebirds. The males are recognisable by the inflated, bright red pouch under the bill. Again, they are hard to miss in the Galapagos. 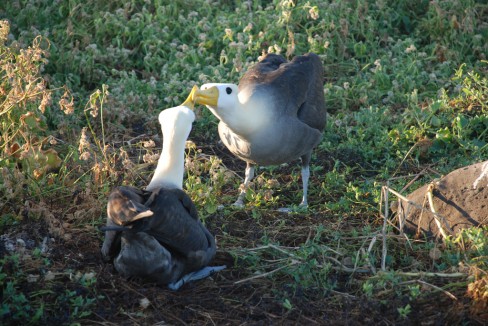 Waved Albatross
The waved albatross is endemic to the Galapagos and can only be seen on Española Island between the months of April and December. If you are visiting at that time it is well worth checking to make sure your cruise visits Española. When courting, potential pairs put on a wonderful show of bill clapping , bill circling and sky pointing which can be watched from a close distance. A highlight of any trip to the islands. 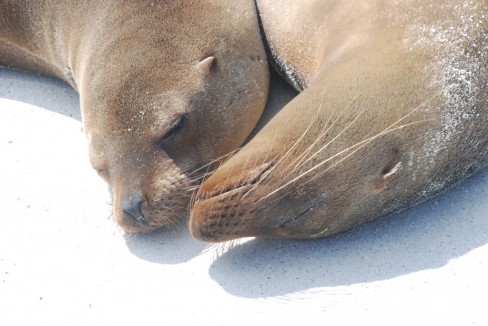 Sea lions
There are over thirty three species of sea lion around the world, and the Galapagos has two endemic species with around sixteen thousand individuals inhabited the islands. Male sea lions create territories pushing unsuccessful bulls out of the area into bachelor colonies. Both the Galapagos sea lion and Galapagos fur seal can be seen on many islands and it’s highly likely you will see both on any cruise. They can be playful in the water when snorkelling and swimming. 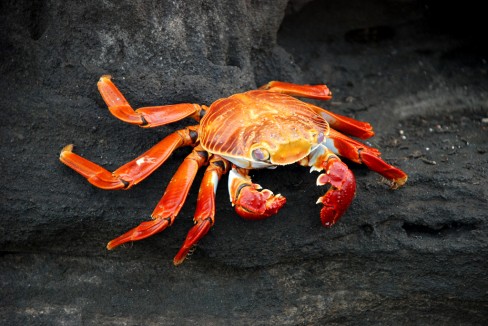 Sally lightfoot crabs
Sally lightfoot crabs can be found on almost every island in abundance. They are easily recognisable by their brightly coloured orange and red body and legs. They have an amazing ability to jump from rock to rock and eat almost anything including their own kind. 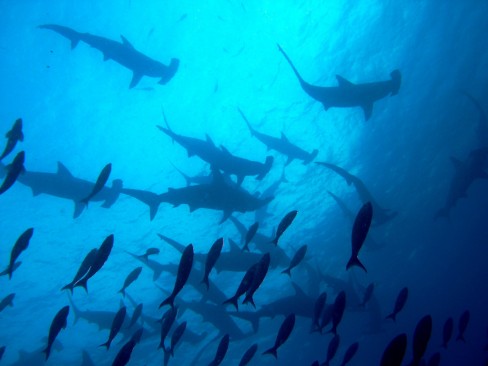 Hammerhead sharks
There are many types of sharks in the Galapagos but the hammerheads are probably the most interesting. They are mainly found in schools around the northern islands of Pinta and Marchena and are recognisable by their hammer like nose. If you want to see these extraordinary creatures then a specialist scuba diving cruise is probably best.  Other sharks include the black-tip shark, Galapagos shark, whale shark and white-tip reef shark. 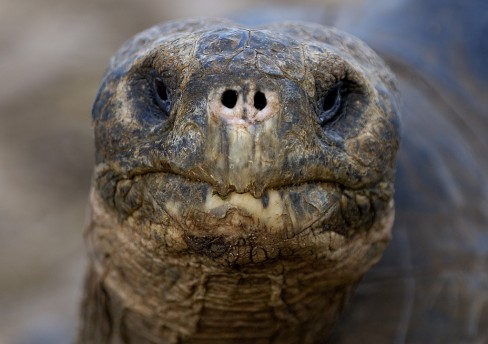 Giant tortoises
The symbol of the islands and the creature which gives the Galapagos it’s name (meaning saddle-like shape in old Spanish). These creatures are undoubtedly the kings of the island. They can be found primarily in the highlands of Santa Cruz Island but can also be seen at the Charles Darwin Research Centre and in fewer numbers on a handful of other islands. The most notable of their kind was of course Lonesome George who was found alone on Pinta Island in the early ‘70s. He was thought to be over one hundred years old at the time of his death in 2012. 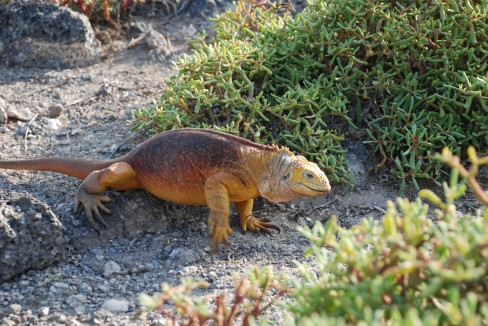 Land iguanas
There are two endemic species of land iguana the islands, one of which only lives on Santa Fe Island, the other on over six. When Darwin arrived on Santiago Island there were so many iguanas we complained about having nowhere to pitch his tent. They can reach over a metre in length and can live for more than 60 years. Depending on which species they are either yellow or orange in colour. 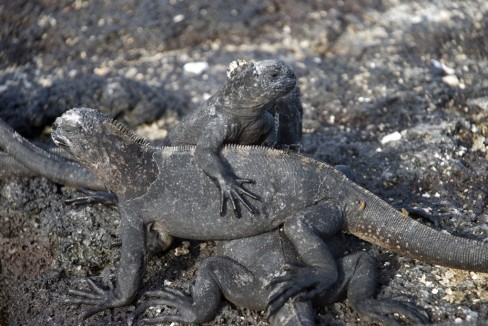 Marine iguanas
The marine iguana can be found on many of the islands. Like the land iguana their species is also endemic to the islands. It can grow to over one and a half metres in length and weigh up to thirteen kilos. They can also dive down ten metres where they cling to the rocks and feed. At night they tend to cluster in areas packing themselves together tightly sometimes a few deep. 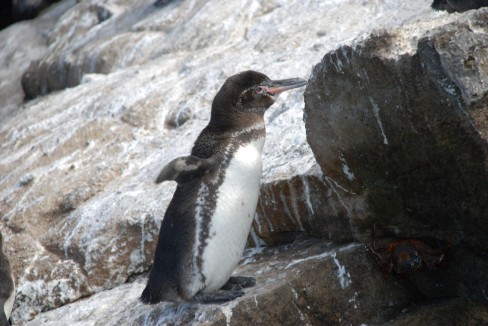 Galapagos penguin
The Galapagos penguin is unique in that it’s the only penguin species to nest in the tropics. Compared to other species of penguin they are small measuring in at about thirty centimetres in height. They can mainly be found around Isabela and Fernandina island where the waters are cooler. Although they cannot fly they are extremely good swimmers reaching speeds of up to thirty five kilometres an hour underwater.

To start planning your cruise around the Galapagos get in touch.

RELATED: A Typical Day in the Galapagos