8 Landscapes In The Galapagos You Never New Exsisted

1. The red beaches of Rabida Island

The island of Rabida (also known as Jervis) has bright red beaches created by eroded iron-rich cinder from the cliffs to the west. Young pelicans can be seen waddling along the coastline or plunge diving into the sea.

2. The blowhole of Española 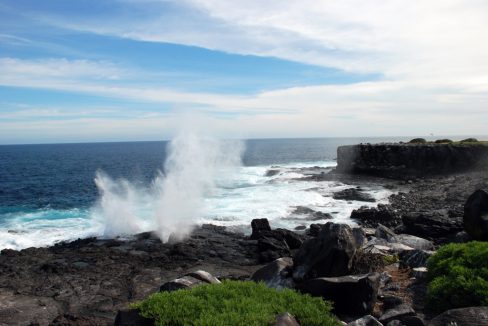 Along the rocky trails on Española Island you will arrive at a good vantage point at the cliffpoint where you can contemplate the power of the sea whilst watching the vapour shoot 25m though a blowhole.

The bizarre waves of black basaltic rock on Sullivan Bay is truly an awesome site. Although this looks ancient, it’s actually very young in geological terms at only a hundred years old or so.

The Opuntia, a cacti more commonly referred to as the prickly pear grows in huge numbers of the island of Santa Fe and can be seen during the trail hike. Although they bear fruit, it’s unfortunately not as pleasant as real pears.

5. The Devil’s Crown off Floreana

The Devil’s Crown is a sunken cinder cone filled by the sea so the water is shallow inside but deep outside. Corals abound with reef fishes such as the parrotfish.

This is a place not to be missed. This active volcano’s crater is second only in size to the Ngorongoro volcano in Africa.

7. The scalesia trees on Santa Cruz

Related to the daisy family, these giant versions grow up to twenty metres tall. They can be found in great numbers in the Highlands of Santa Cruz.

8. The lava tunnels on Santa Cruz 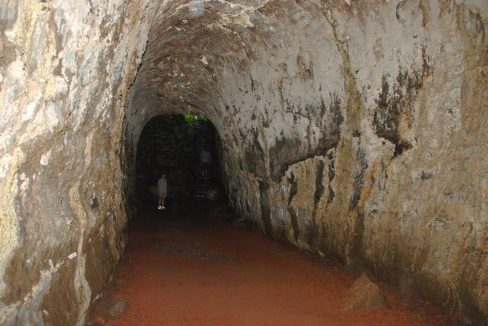 There a few different lava tunnels to visit on Santa Cruz Islands, the most impressive being at Primicias Farm. You can also see giant Galapagos tortoises nearby which is equally as impressive.

Would you like to visit any of these places? Start planning your Galapagos holiday today.