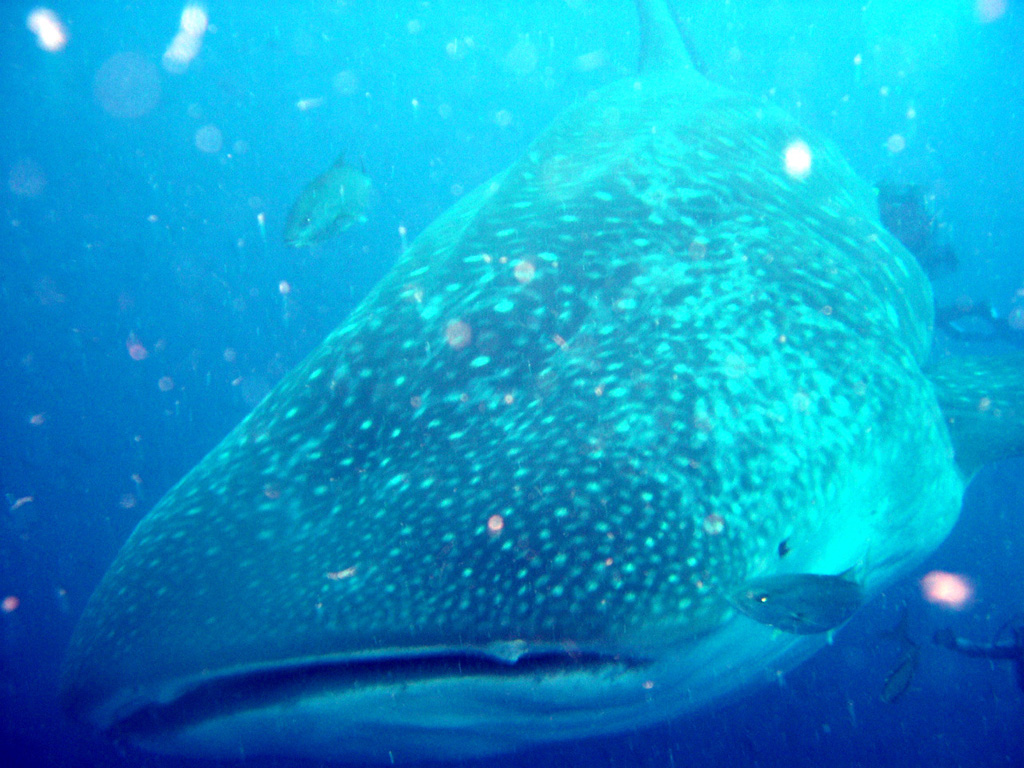 Scientists have launched an investigation to unravel the mysteries surrounding the whale shark, a giant species that has been in the ocean for at least 60 million years and about which little is known. They can grow to 18 meters in length, somewhat larger than a bus. The Galapagos National Park of Ecuador and the Charles Darwin Foundation together with U.S. organizations have begun an ambitious project to study the shark Rhincodon typus, the largest fish known to ply the seas. This involves placing a transmitter enabling satellite technology to track movements of the sharks. For most of the second half of each year, these giant fish come to the outskirts of Darwin and Wolf Islands, north of the Galapagos. The technical director of the research project is the Englishman Jonathan Green, who said the risk of extinction is evident because “in recent years have seen changes in the population of whale sharks, both in size (reduction) and the frequency of sightings. ” He argued that “for 10 years all species of shark is targeted by industrial fishing to supply fins for shark fin soup served in various parts of Asia.”There is hope as this study has revealed that of the 14 tagged so far, 13 were females , most pregnant. This suggests they reach the Galapagos waters to have their young.

RELATED: 6 magnificent marine creatures you can see off Belize