New Species of Tortoise Found on the Galapagos 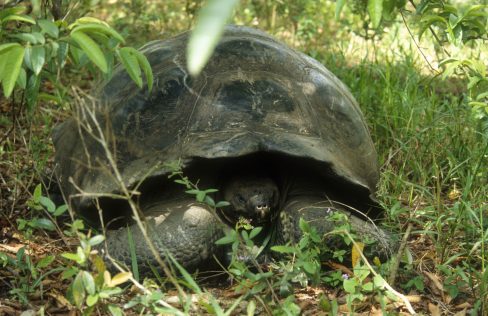 Until recently it was thought that the giant tortoise was the same species on Santa Cruz island, but after testing, scientists now believe that it is two distinct species. The new species of tortoise, of which there is a population of 250 that live on the eastern side of Santa Cruz, has been named Chelonoidis donfaustoi. It’s actually closer genetically to species on other islands then the others on Santa Cruz. Over the years there have been different species discovered on the archipelago, but none for over a century.

To start arranging your cruise in the Galapagos get in touch.