Street food in any country tend to be the best places to find authentic cuisine, and in Mexico it’s no exception. The food served each day on these small stalls and carts caters for a large majority of the population who come to get home-cooked style food at exceptionally good value. Here’s a rundown of dishes you simply can’t leave without trying. 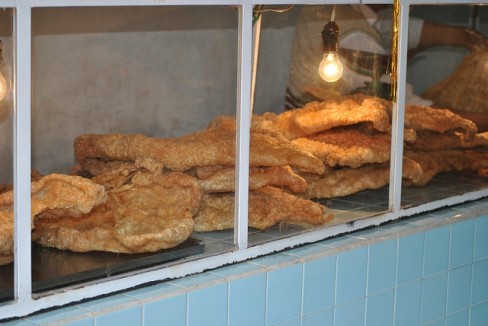 Chicharrones
A popular street food throughout Mexico, chicharrones (or chicharrón) is essentially pig skin fried in lard. Although that sounds heart-stopping in terms of calories, as soon as you’ve tried them they are hard to resist. Found on most street corners, they are typically sold in large sheets, and broken into crisp like shards when eaten. Most are accompanied by a hot sauce for dipping but they are just as delicious on their own. It’s a must-try for anyone visiting Mexico, unless of course you are a vegetarian, in which case fried pig rind in lard probably isn’t your thing. 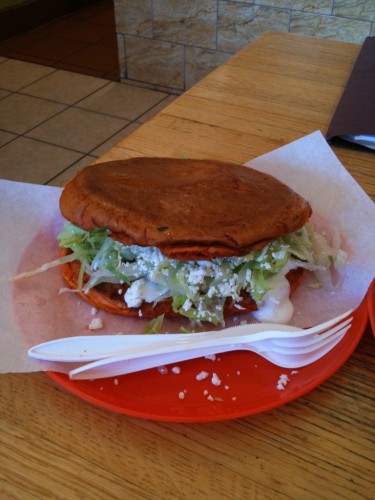 Pambazos
Pambazos sandwiches are extremely popular in Mexico City. White rolls soaked in gualillo chilli sauce before being stuffed with fillings and toasted. The most common filling combination is chorizo sausage, potatoes, cheese, lettuce and coriander but there are any number of delicious alternatives. You’ll find these sumptuous snacks at markets and are perfect for a quick lunch. 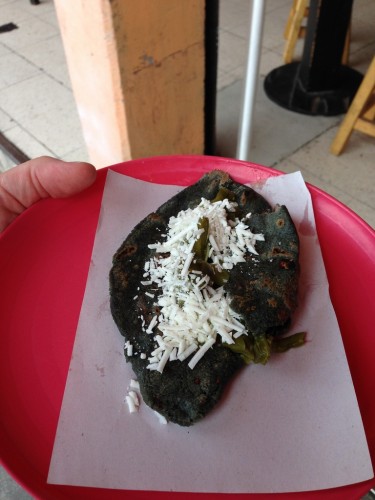 Blue-Corn Tlacoyos
Tlacoyos are small, oval pockets of masa filled with refried beans, cheese and chicharrón. The vibrant blue colour comes from the blue corn kernels used to make them. They are often cooked on comals (coal stove) with no oil so are healthier that most Mexican street snacks. They will commonly be served as an accompaniment to other dishes and have been a popular street food for many generations. 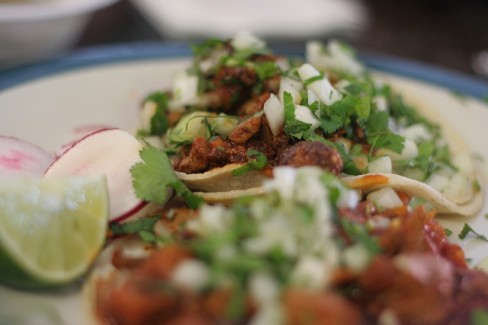 Tacos al Pastor
Tacos al pastor style are made flour tortillas filled with a delicious mix of chilli marinated grilled pork, onions, coriander and a sqeeze of lime. The recipe is similar to the shawarma found all around the Middle East and was most probably brought by the Lebanese immigrants who moved to central Mexico. They work very well with an ice cold beer at the end of the day.

RELATED: The best street food you can get for under $5 in Latin America