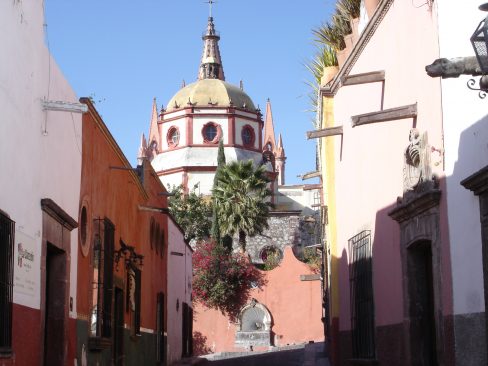 San Miguel de Allende in Mexico is acclaimed as the ‘Best Small City in the World for 2018’ at the Condé Nast Traveler Readers’ Choice Awards. San Miguel is the only Latin American city in the top-ten cities alongside places like Salzburg, Florence and Edinburgh. The city boasts colourful streets, quality handicraft markets, colonial churches and vibrant nightlife. It’s a great place to explore street food. There is also a lush tropical park, Parque Juarez, right in the centre of the city. Further out is El Charco cactus park on the edge of town. My favourite activity was people watching in El Jardin, the main square.

San Miguel de Allende was also named the ‘American Culture Capital for 2019’. From January 2019, San Miguel will promote its cultural, artistic and foody offerings along with its rich history. Named a UNESCO World Heritage site in 2008 for its architecture, but also for its role in Mexican Independence. The city has a cosmopolitan vibe due to the large number of foreign residents. It is a popular place for folks to retire due to the pleasant climate and low cost of living.