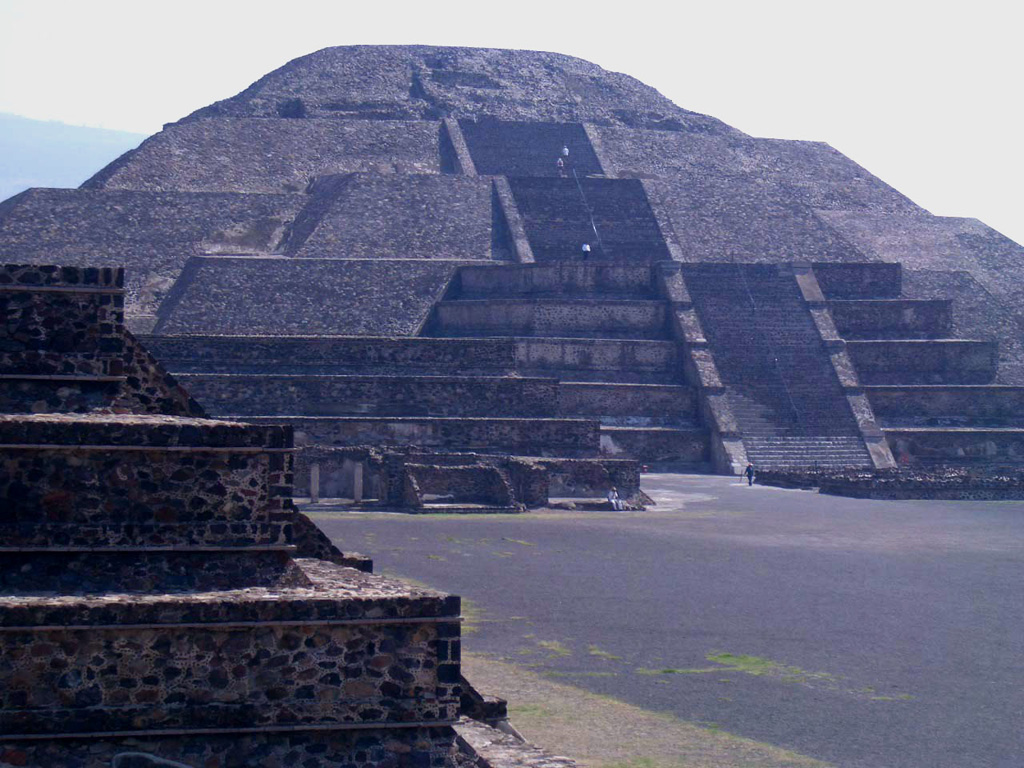 Teotihuacan was the centre of a great civilization which extended its influence over much of Mesoamerica. Once the largest city in Mexico and the capital of a vast pre-Columbian empire. Though its exact origins are not certain, it is known that at its height, about 450 AD, the city had a population of nearly 200,000 people, including multi-storey buildings. The Aztecs believed that the gods created the universe at this site, but its origins date back to earlier cultures. UNESCO declared it as a World Heritage site and it is one of the most visited archaeological places in Mexico. The Dead Avenue is surrounded by impressive ceremonial buildings such as the Sun Pyramid, the Moon Pyramid, the Quetzalcoatl Temple, and many other temples and palaces. The Sun Pyramid is one of the largest buildings of Antiquity, almost as great as Cheops in Egypt. Both human and animal sacrifices were known to take place here. Only 48 km (30 miles) from Mexico City Teotihuacan is an ideal place to visit if you have a free day.