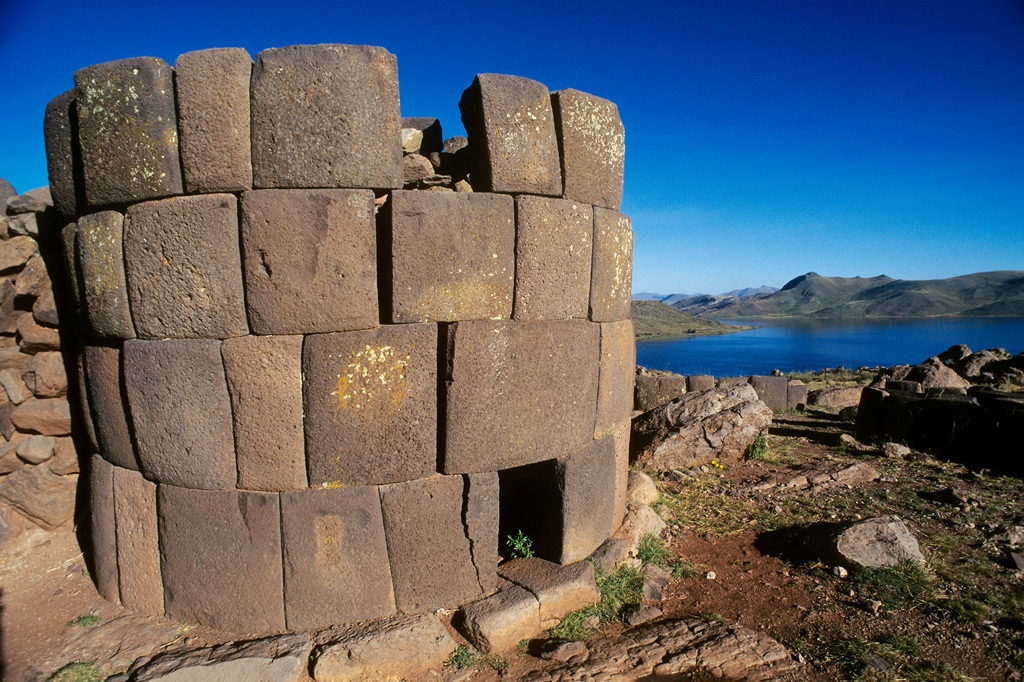 One of the hidden gems of Peru, Sillustani is a pre-Incan burial ground on the shores of Lake Umayo near Puno in Peru. The enigmatic tombs are built in round tower-like structures called chullpas, by the Kolla group of Aymara who were conquered by the Inca in the 15th century. The structures housed the remains of complete family groups, probably nobility. Many of the tombs have been dynamited by grave robbers, while others were left unfinished. Ancestor worship were integral parts of Aymara culture, and the huge 10m high stone towers were locally known as ‘houses of the soul’. Corpses were not intentionally mummified, but in the cold dry environment they survived for centuries. Some of the tombs also have various animal shapes carved into the stone. Recently archaeologists have found the bodies of children thought to have been sacrificed between 600 and 700 years ago, buried in pairs in baskets placed around the towers. All the bodies had a volcanic stone placed on their chest, and were surrounded by a variety of offerings, including animals, food, dishes and pitchers. Researchers at the site say ceramics with paintings of scenes of war found with the bodies suggest the children were sacrificed during a period of conflict between the Kolla and a rival culture. Visit Sillustani on our Conquistador tour to experience the fantastic setting.