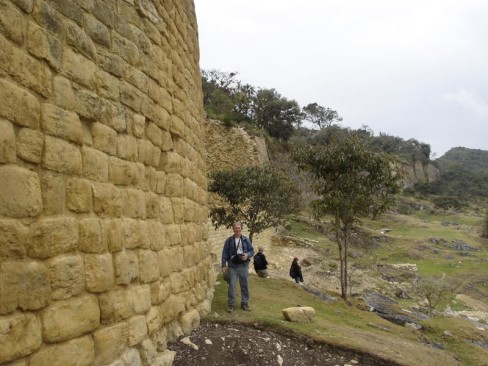 If you have been to the famous Inca sites of southern Peru you might consider the visiting lesser known remains of the Chachapoyas, the ‘People of the Clouds’, a civilization that fought from high forest strongholds in resistance to both the Incas and Spanish. They were one of the last kingdoms to succumb to the Inca, and their legacy includes one of South America’s archaeological wonders – the defensive fortress of Kuelap. Perched on the shoulder of a mountain in the Andes, this 9th Century citadel comprises an urban complex of more than 400 stone edifices – homes, palaces and temples enclosed by a 70-foot-tall stone wall. The architecture is decidedly non-Inca, with features such as protruding geometric patterns, cornices, and friezes. Kuelap’s setting is unforgettably beautiful – a tropical cloud forest festooned with orchids and steeped in mystery. Until recently the lack of paved roads has kept the region off-the-beaten-track, but improved roads are making access easier. We can include Kuelap in a tailor-made Peru trip and can combine with Cajamarca, where  Spanish conquistador Pizarro captured, imprisoned, ransomed, and executed Inca Emperor Atahualpa, unleashing the destruction of Inca civilization.