The fisherman took him in and spent weeks cleaning him up and feeding him sardines, eventually restoring the penguin back to full health. After naming him Dindim, he tried to release the penguin back into the wild, but the creature wouldn’t leave and ended up staying for 11 months. One day, after he’d grown new feathers, Pereira de Souza said the penguin just disappeared.

He thought that was it. 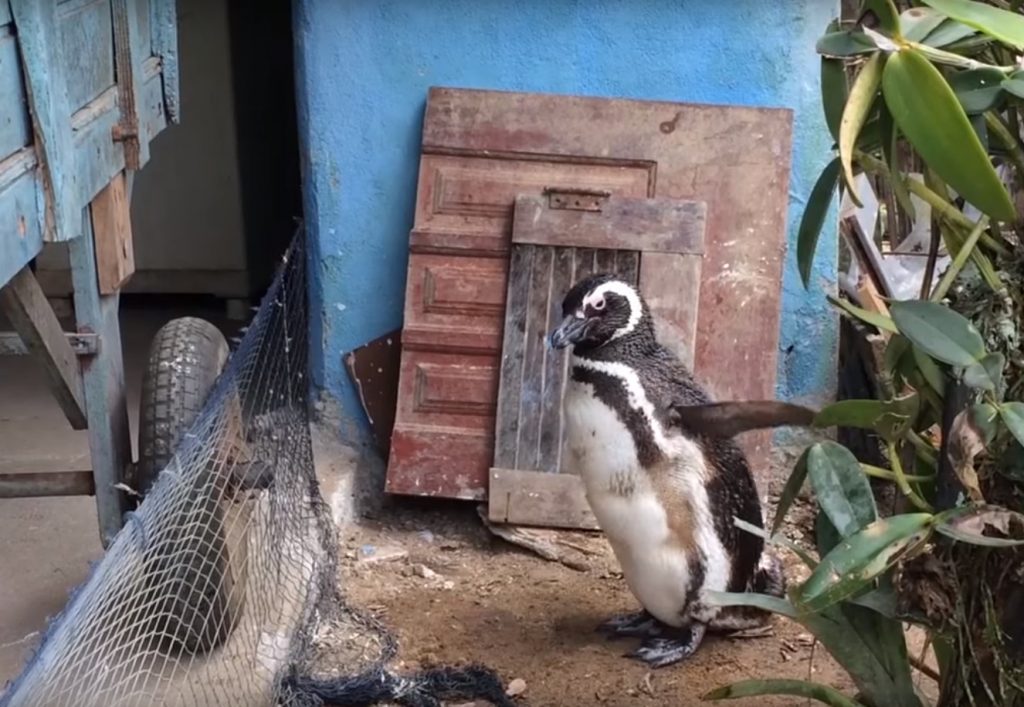 But a few months later the penguin returned. Pereira de Souza found him back on the same beach and it waddled back home with him.

For five years the penguin has left and returned back to the same spot each year, spending up to eight months with Pereira de Souza before disappearing again.

“I love the penguin like it’s my own child and I believe the penguin loves me. No one else is allowed to touch him. He pecks them if they do. He lays on my lap, lets me give him showers, allows me to feed him sardines and to pick him up” says Pereira de Souza. He added “Everyone said he wouldn’t return but he has been coming back to visit me for the past four years. He arrives in June and leaves to go home in February and every year he becomes more affectionate as he appears even happier to see me.” 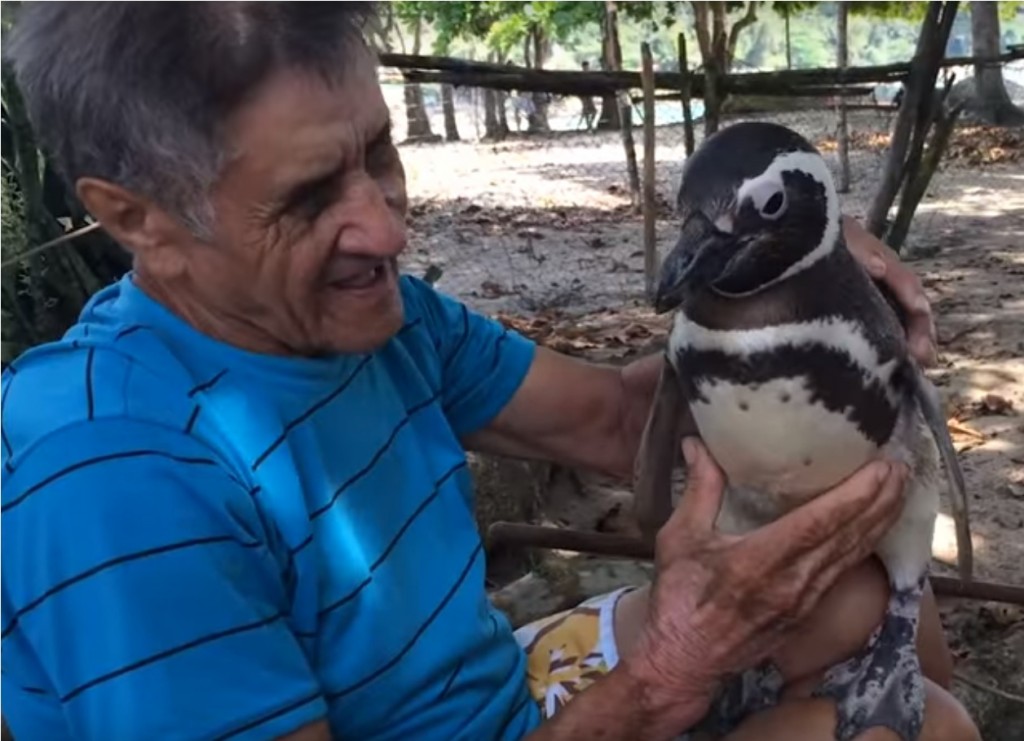 While no one knows where Dindim goes, it is thought that he swims south to breed along the coast of Argentina and Chile. Each year the little penguin travels over 5,000 miles to reunite with the human that saved him.

Brazilian biologist Joao Paulo Krajewski says “I have never seen anything like this before. I think the penguin believes Joao is part of his family and probably a penguin as well. When he sees him he wags his tail like a dog and honks with delight.”

A heartwarming tale of the friendship between man and penguin.

To start planning your trip to Brazil, get in touch today.