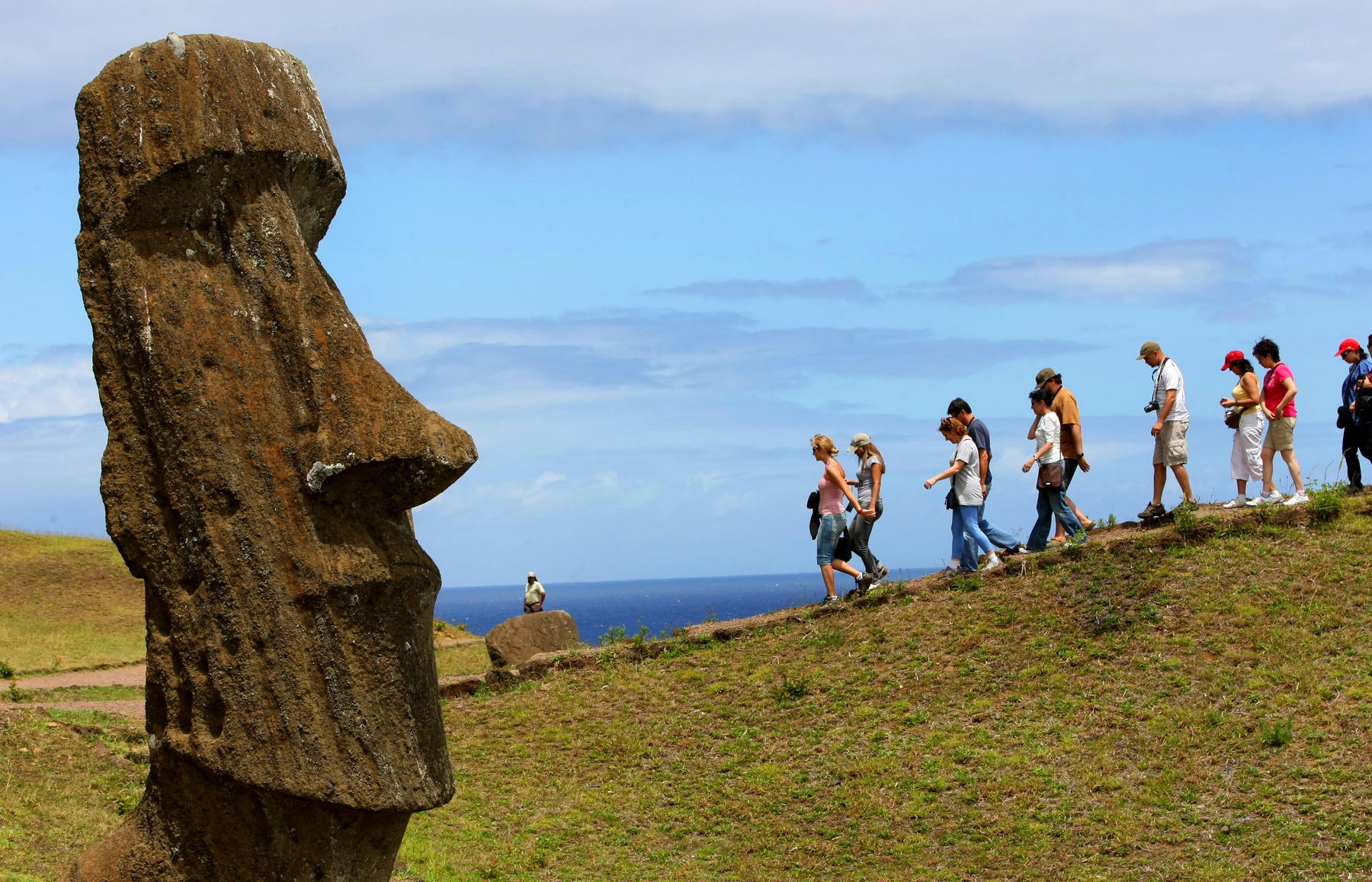 Good news regarding Easter Island has reopened to tourism on August 1st. This coincides with the restart of LATAM’s flights from Chile, on Thursdays and Saturdays (a third flight may be available in September).

Easter Island remains a wonder for curious travellers. Renowned for its extraordinary archaeology though rather sad cultural history. Easter Island is the most remote inhabited island in the world, now owned by Chile, though over 3,000km (or five hours by plane) from Santiago. The first inhabitants were Polynesians, who arrived around 800AD on wooden, outrigger canoes.

From Paradise to Peril

Like many remote islands, people brought environmental disaster by accidentally introducing rats, destroying forests, and hunting all the native creatures. The accepted theory is that between 1200 and 1675 AD, this led to environmental and social breakdown. In 1500, this subtropical island of only 63 square miles supported a population of about 15,000, but in the following years, as resources depleted, the villages suffered hardship and tribal warfare. It is thought cannibalism was rife. By 1722, when the first Europeans reached the island, they found only 2,000 emaciated islanders. A more recent theory is that the decline was exacerbated by diseases brought by Europeans. In the early 19th century, the few remaining islanders were deported to work for the Peruvian guano industry. In a final ignominious act, the Chileans turned the island into one big sheep farm and herded the remaining population into the village of Hanga Roa.

From 1200 to 1600 AD, the Rapanui people carved, transported, and erected hundreds of famous stone heads or moai, many of them 5-10m high.  The islanders thought that the statues were imbued with power or mana. Trees were felled to provide wooden rollers or sleds to move these megalithic statues across the island. As a result, the tall native palm trees disappeared, as did the birds, most of the seabirds, mammals, and most of the island’s unique plants.  The only endemic life remaining on the island are small insects living in caves.

The enigmatic moai, gazing inland, remain a fascinating legacy of the culture. Few visitors realise that they are not just heads but have bodies too with elaborate markings on their backs and belly buttons. (Rapa Nui was known as the Navel of the World by the Polynesians). Several the Moai statues also have Pukao, hats or topknots placed on top of the heads, made of red scoria stone.  This could have been to give them extra power. A few special statues had ‘eyes’ made of coral and black obsidian which were placed in sockets to bring the moai spirits ‘to life’ in ceremonies. A few of these eyes remain in museums.

The island is not a wildlife destination but due to its uniqueness is definitely one for the bucket list. It is good for snorkelling and diving too. The people are remarkably friendly, and now proud of their ancestry. This is kept alive by melodious music and storytelling. It was the explorer Thor Heyerdahl who showed the world the strange beauty of the place in the mid-20th century. Today there are good hotels or simple lodgings with local families. It is the sort of place to linger. There are volcanic craters with amazing views, caves with untold histories, rugged coasts to explore. The islanders are very hospitable and curious about the rest of the world. Every February there is a cultural festival Tapati – you need to book early for that. I met travellers who went for a few days and ended up staying for weeks. It is certainly a beguiling destination.

To book your visit to Easter Island please contact us.

RELATED: 9 Things To Do On Easter Island