The Aficionados playlist for a Salsa fiesta 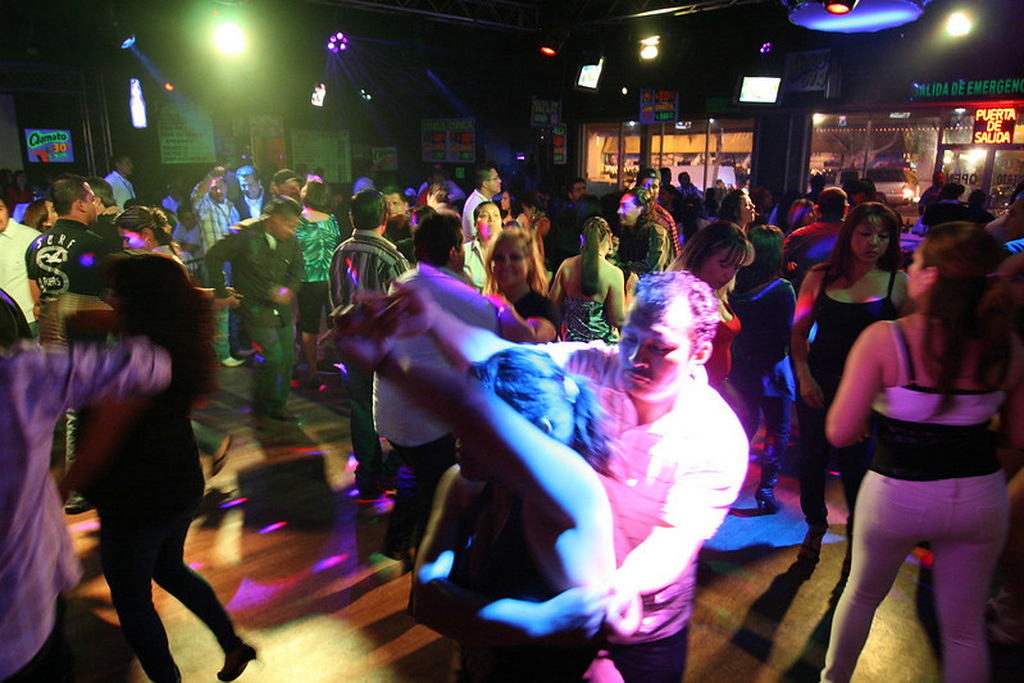 When I first arrived in Latin America, I imagined local music was panpipes and flute music, like El Condor Pasa. This may be true in the high Andes, but down in the tropical regions it was Salsa. This is a hot, bold, brassy sound with a fast percussive rhythm. Salsa is a blanket term for a tropical sound, a dance and comes from the Spanish word for ‘sauce’. The music and dance are definitely very hot and spicy. For western Europeans it takes some getting used to. Trying to understand the words is tricky, but getting the beat is the main thing.

I discovered Salsa by going to dingy cave-like nightclubs such as the legendary Seseribó in Quito. Here couples danced in unison to the hypnotic beat. It’s impossible to stand by without tapping your feet and joining in. Locals would put ‘Strictly’ participants to shame yet on the dancefloor there is no judgement, all levels enjoy.  Drinking is not a pre-requisite, though tables of friends share bottles of rum. Weekends start on Thursday nights, Fridays are for nursing hangovers.

Salsa music originated from the Cuban Son Montuno 1930’s and 1940’s sound epitomized by Bene Moré. With a heavy percussion section of congas, bongos, timbales, the African roots are not hard to fathom. Hand-held instruments like claves and cowbells keep the rhythm going. The key addition is the backing by horn or trumpet, plus piano with improvised solos. Tracks are long, sometimes ten minutes, you need stamina to keep dancing, (especially at high altitudes like Quito or Bogotá). Choose your partner well.

Afro-Cuban musicians like Mongo Santamaria and Tito Puente were popular mambo stars of 1950’s and 1960’s New York. They mixed with American jazz musicians liker Dizzy Gillespie and other Latin stars of chachachá music such as Ray Baretto. Within this great melting pot, stars emerged. Johnny Pacheco from the Dominican Republic. He helped found the legendary Fania Records label. Fania pioneered the salsa sound and promoted artists like Celia Cruz and Willie Colon. Celia was the grand dame of Salsa; though Salsa music is predominantly sung by men whose lyrics were tinged with machismo. Ruben Blades from Panama hit a different note by promoting social justice and concerns like the environment.

The 1970’s and 1980’s was the golden age of Salsa. It permeated the barrios of Caracas, Cali, Puerto Rico, Mexico, Panama even as far south as Peru. Cubans accepted the genre and soon took to a new variant known as timba. Elsewhere ‘hard’ salsa evolved into popular music of salsa romántica. Colombians and Venezuelans kept the original sound. Later, the younger generation Latinos turned to hip hop and reggaeton. Salsa became popular in sub-Saharan Africa, where local musicians adopted their own take in places like Zaire and Senegal.

The final song by Juan Luis Guerra, Ojalá que llueva café, is not salsa, but is a delightful mix of merengue and bachata – another realm of catchy music. Enjoy the Spotify playlist, ideal for working out on your own, or in the arms of a partner. Mueve las caderas!