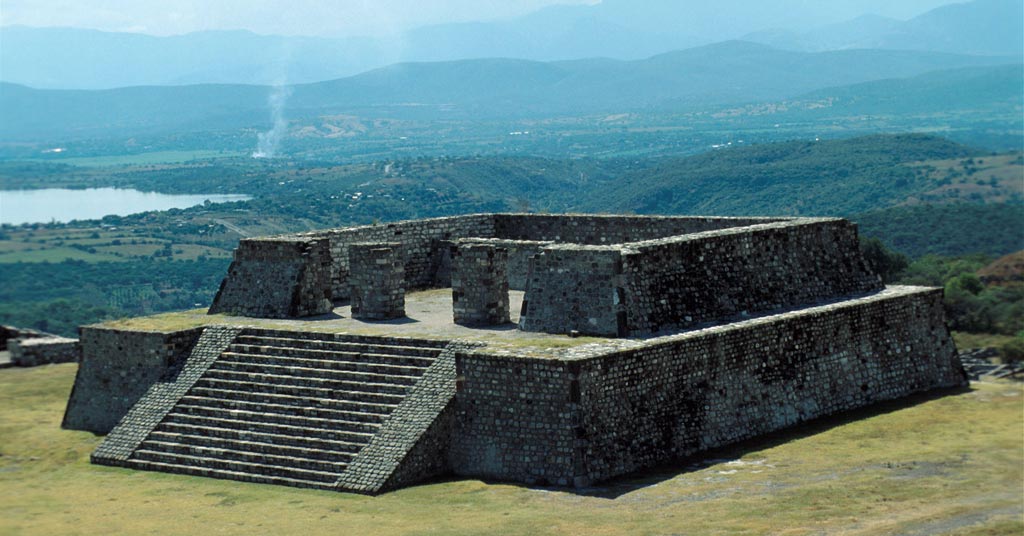 Teotihuacan ruins tends to get the majority of visitors in Central Mexico, however Xochicalco is less crowded, is smaller in size and the location on top of the hill gives some stunning views. A big bonus is the lack of vendors. Xochicalco is not far from Mexico City, and even closer to Cuernavaca. There is an interesting museum on site. The ball court and the Observatory should not be missed either. From the Main Plaza, you can see faint lines of the ancient trade highways which connected Xochicalco with Meso-American cities as far east as El Tajin on the Yucatan coast. The city was greatly influenced by Teotihuacan and its famous yellow-haired, bearded god Quetzalcoatl, (the Feathered Serpent) who has a pyramid in his name. The chief Topiltzan, who was educated at Xochicalco and believed to be the Quetzalcoatl in human form, was forced to abdicate, he promised to return in the year CE Acatl (1519) – the same year blond, bearded Pedro de Alvarado, one of Cortez’ officers, landed with his army in Yucatan. Try to spot the eight serpents coiled around the Pyramid’s sloping base which celebrate the date 9 Reptile Eye, when both Mayan and Toltec priests from Mesoamerica met to observe a solar eclipse. Add this to your journey to Mexico City.