Eight Peruvian Dishes you have to try 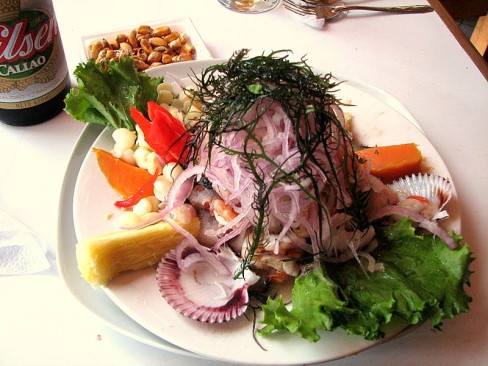 The coastline of Peru offers some superb seafood. Probably Peru’s most famous dish is ceviche, made from raw fish marinated in lime juice. Although the dish varies from region to region its typically served with peppers, red onion and white corn. We suggest only eating ceviche whilst travelling near to the coast as the fish will be considerably fresher. Those who are feeling brave can drink the citrus juice left over which is known locally as tiger’s milk. Take a look at our recipe here. 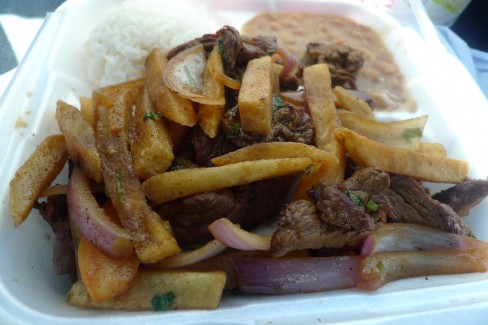 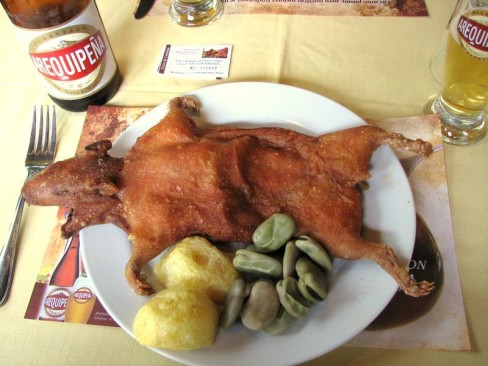 Probably not for those who are squeamish about their food (or serious pet lovers). Cuy is grilled guinea pig usually served whole. This really is a staple of the Andean communities and is much tastier than it looks. 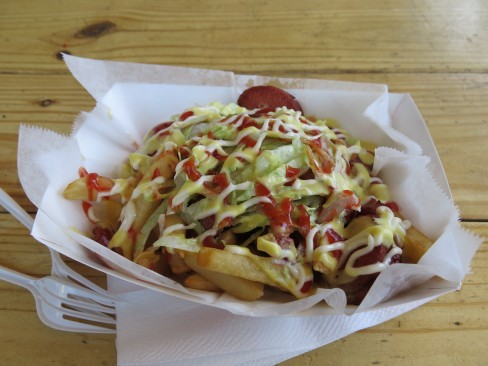 A popular fast food throughout many counties in Latin America, Salchipapas is a simple dish of fried hot dog sausages and French fries served with a variety of sauces and condiments. This inexpensive filling dish is found at small restaurants and street stalls all over the country. 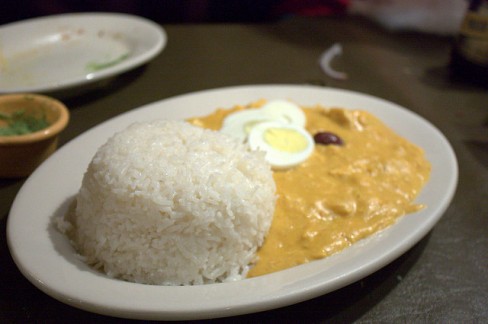 Although its appearance won’t be everyone’s cup of tea, it’s worth a try. Succulent chicken, hard-boiled eggs and slices of boiled potato are covered in a rich sauce made from cheese, milk, chillies and nuts. Typically served with heaps of steamed white rice.  Take a look at our recipe here. 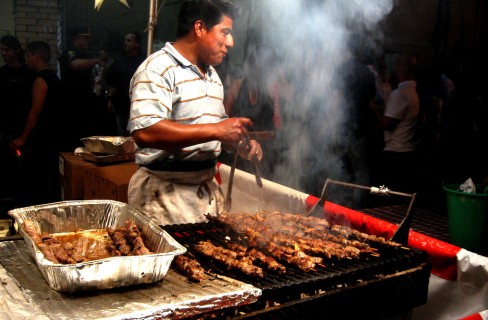 Anticuchos are basically kebabs of grilled meat, typically beef heart. The meat is first marinated in Peruvian spices before being grilled over charcoal and served with corn and boiled potato. Antichuchos can be found being grilled on street stalls all over the country. 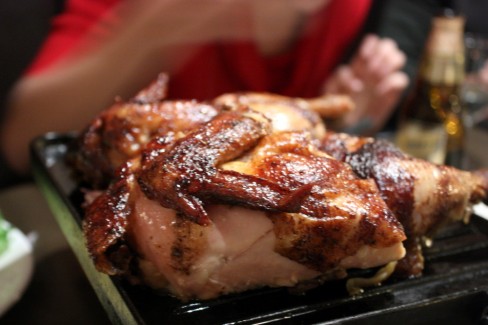 A simple but mouth-watering dish. Take a whole chicken and marinate with a mixture of seasoning, chili, cumin, paprika, vinegar and soy sauce before being grilled over charcoal. Excellent served with a cold Peruvian beer. Pollo a la Brasa can be found in many small restaurants all over Peru. 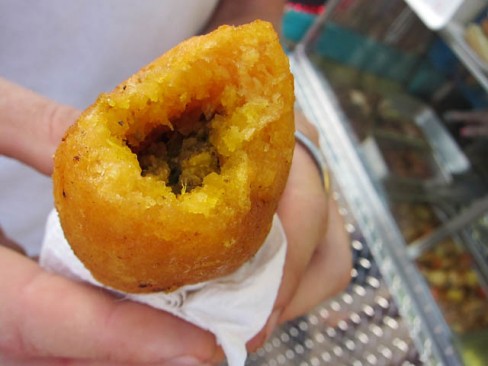 Papa Rellena is a popular street food. Mashed potato is formed into balls before being stuffed with a mixture of minced beef, onions, tomatoes, garlic and cumin as well as black olives and egg. The balls are sealed up and deep-fried to give a crispy outer coating.

To start your culinary adventure through Peru, contact us or take a look at our tours.